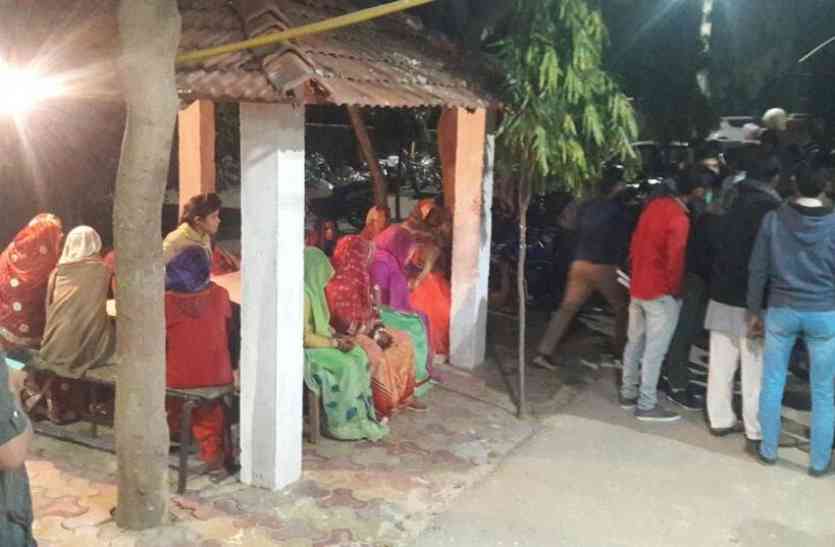 A group of Hindu women on their way to perform Chak Pujan, a pre-marriage ritual, were molested & assaulted by a group of Muslims who allegedly objected to music being played as the procession was crossing a mosque, Patrika has reported.

In her police complaint, victim Nirmala Regar said that around 5 PM on Friday, some women from Regar Mohalla were headed towards Kumhar Mohalla to perform Chak Pujan for Moolchand Regar’s daughter’s marriage. As the women were dancing as part of the tradition, a group of 10-15 Muslim youth appeared and started misbehaving with the women.

When the women objected, the youth assaulted and abused them. The women were threatened with sharp weapons not to report the matter to the police.  Kanta Devi Regar, Nirmala Devi Regar and Jay Singh were injured in the assault, and have been admitted in district hospital.

From the opposite side, Zakir Hussain has lodged a complaint stating that when the women playing loud DJ music approached a mosque, his son asked them to shut down the DJ as it was namaz time. He claims that his son was assaulted, and in retaliation the Muslim youth later assaulted the women inside their homes.

Both Hindu and Muslim groups protested in front of the police station and demanded arrest of the respective accused. Police has started Aftab Khan for disturbing the peace.

Police Superintendent (City) Subhash Chandra Mishra said, “The clash occurred between two communities when women on the way to perform Chak Pujan were told to shut down the DJ music in front of a place of worship. Both sides have registered cases of molestation and assault against each other. We have settled the matter now after counselling both sides.”

One of the major reasons for communal clashes in the country is objection against music being played or a non-Muslim religious procession passing in front of a mosque, due to namaz being ‘disturbed’.

For eg., a clash over band music during a Sant Ravidas procession in Saharanpur led to stone pelting and death of an elderly Hindu Dalit man; aarti in a Delhi  mandir was forcibly stopped by some local Muslims as ‘Ramzan was going on’; a Krishna Dol procession was attacked in Barabanki With stones while passing in front of a mosque in UP’s Barabanki.

Such intolerance stands in sharp contrast with how loudspeakers are used to blare out Muslim call to prayer 5 times a day, usually without objection from ordinary Hindus.