Hindu pilgrims from Pakistan refuse to go back from Uttarakhand, seek Indian citizenship under CAA 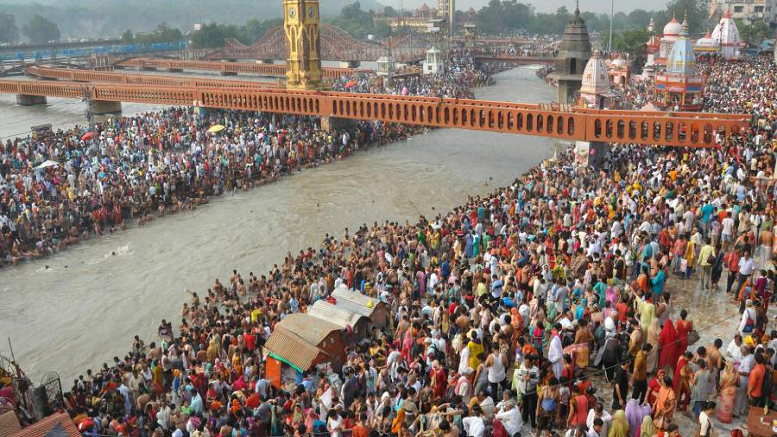 A group of 56 Hindu pilgrims from Pakistan, who arrived from the neighbouring country last week, does not want to go back. Members of the group told that they will request the government of Bharat to extend their visa limit of one month and provide citizenship under the Citizenship Amendment Act, 2019.

Narayan Das, a pilgrim from Badeen area of Karachi said, “We are in no position to go back. The Pakistani authorities did not allow us to bring enough money as they think we would not go back. We face ruthless persecution in that country and were snatched of everything. We have pleaded to the Bharatiya government to provide us shelter.”

Locals after realizing the plight of the group collected money, clothes and other essentials and gifted to the group for their trip to Ahmedabad. Hira Bai, another pilgrim from Pakistan said, “Our family members have been killed, daughters snatched away for religious conversion and properties taken over. It is worse than death over there. We have some hope under the new law by the Bharatiya government.”

State government officials refused to comment but stated on the condition of anonymity that they are keeping close eye on the situation. “Once the application is filed, then only the state government can do anything,” said an official from state home department.

Earlier, in January this year, the state government has identified total 200 Hindu refugees from Pakistan who will be granted citizenship under newly passed Citizenship Amendment Act.

Mostly residing in Haridwar, Dehradun and Udham Singh Nagar districts, majority of these refugees cling to odd jobs and charity for survival. They hope as they will become citizens of this country, it will enable them to live a life of dignity.

They can apply for jobs and start their own business say the now state less people from the community.