Hindu Man Lynched to Death by ‘Minority’ Mob in UP 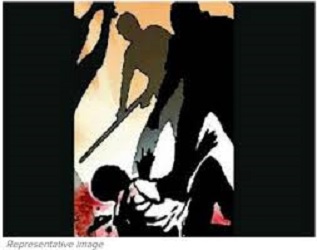 A 30-year-old Hindu man was lynched to death by a group of men belonging to the ‘minority’ community on Monday evening in village Katra, Rampur-Mathura police station area, Sitapur district, central UP.

Balram Lodhi, resident of village Palhari in Barabanki district, was going by cycle to visit his married sister’s house in village Sameri in Rampur-Mathura police station area. On the way, he passed the house of Kasim (a guard in Katra village) where 5-6 Muslim men were blocking the road. He requested them to move aside, but the men refused and later started brutally assaulting him with lathis (bamboo sticks).

All this happened right in the open, but no one from the village could muster the courage to intervene and stop this murderous attack on Balram. After killing Balram, his attackers fled. Later, a large mob gathered at the spot and started protesting – there was communal tension through the area. CO Javed Khan and other police force reached the spot and assured the crowd of action.

Balram’s brother Ramtirath has lodged a complaint in Rampur-Mathura police station against Kasim and other unknown men.