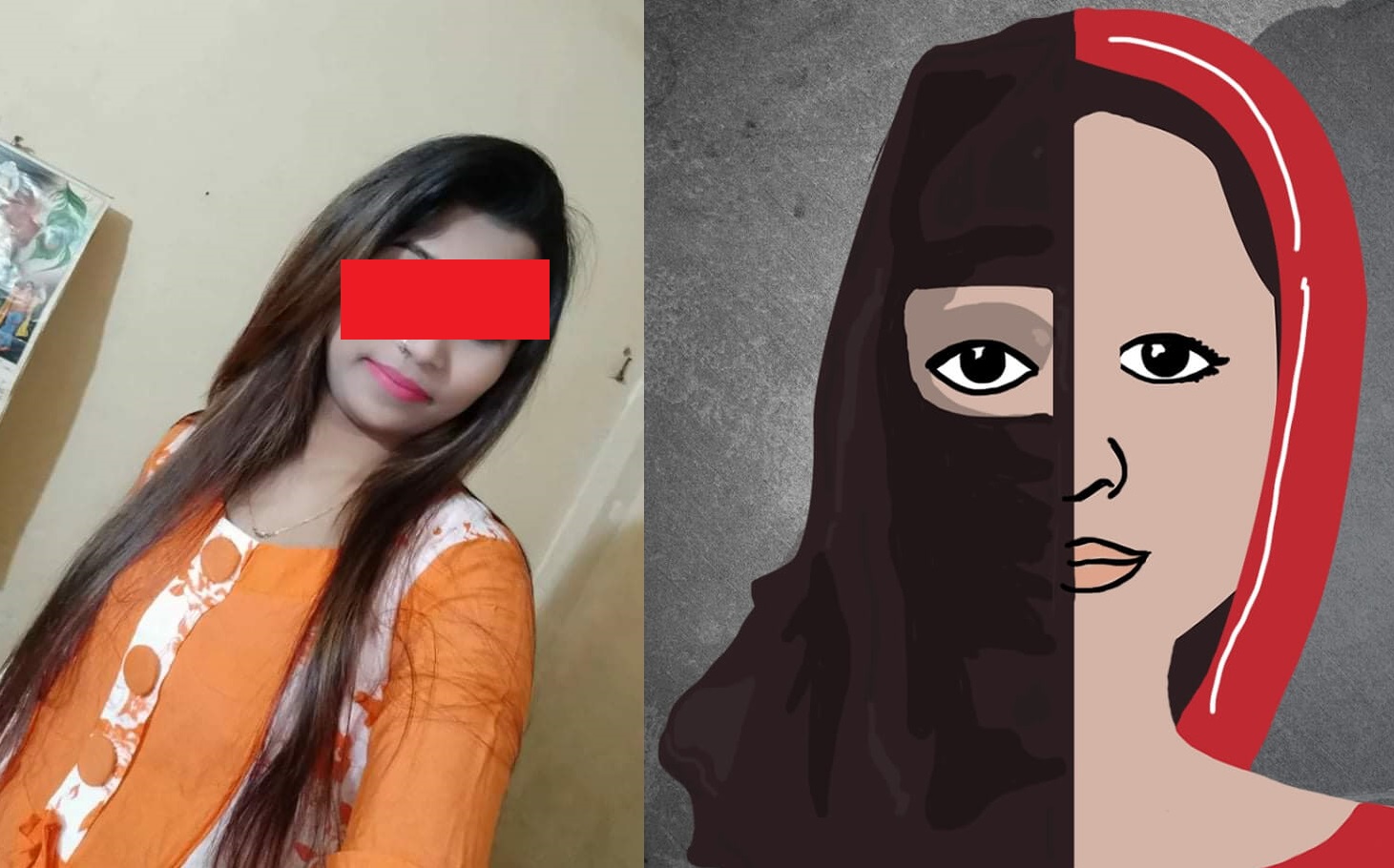 Targeting of Hindu & kafir (non-Muslim) girls for sexual exploitation or conversion & marriage by feigning Love/empathy is a problem that can be seen in countries as diverse as Bharat, Bangladesh, UK, Germany and Sweden.  We are excluding Pakistan as the Muslim denizens of that country don’t bother to feign love but directly abduct, rape, forcefully convert and marry minor Hindu girls in all contravention of international law & morality.

A recent case of Love Jihad in Chittagong district, Bangladesh has surfaced on Twitter.  A 22-year-old Hindu girl, Priyanka Mitra, has gone missing from 25th December 2019, and the Hindu family alleges that she has been abducted by 24-year-old Abul Hasan Kajal. 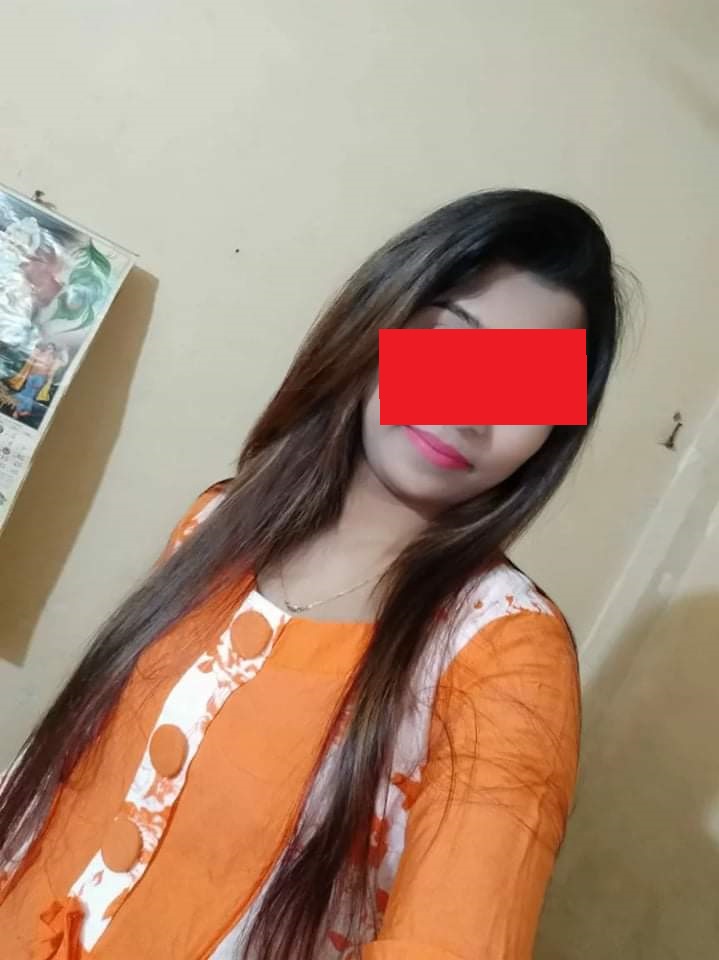 The missing girl’s father Chandan Mitra has lodged an FIR with the Doublemuring Model Police Station detailing on how the aforementioned accused had planned an abduction of his daughter just days after her engagement ceremony to a Hindu man, Rajan Sarkar. 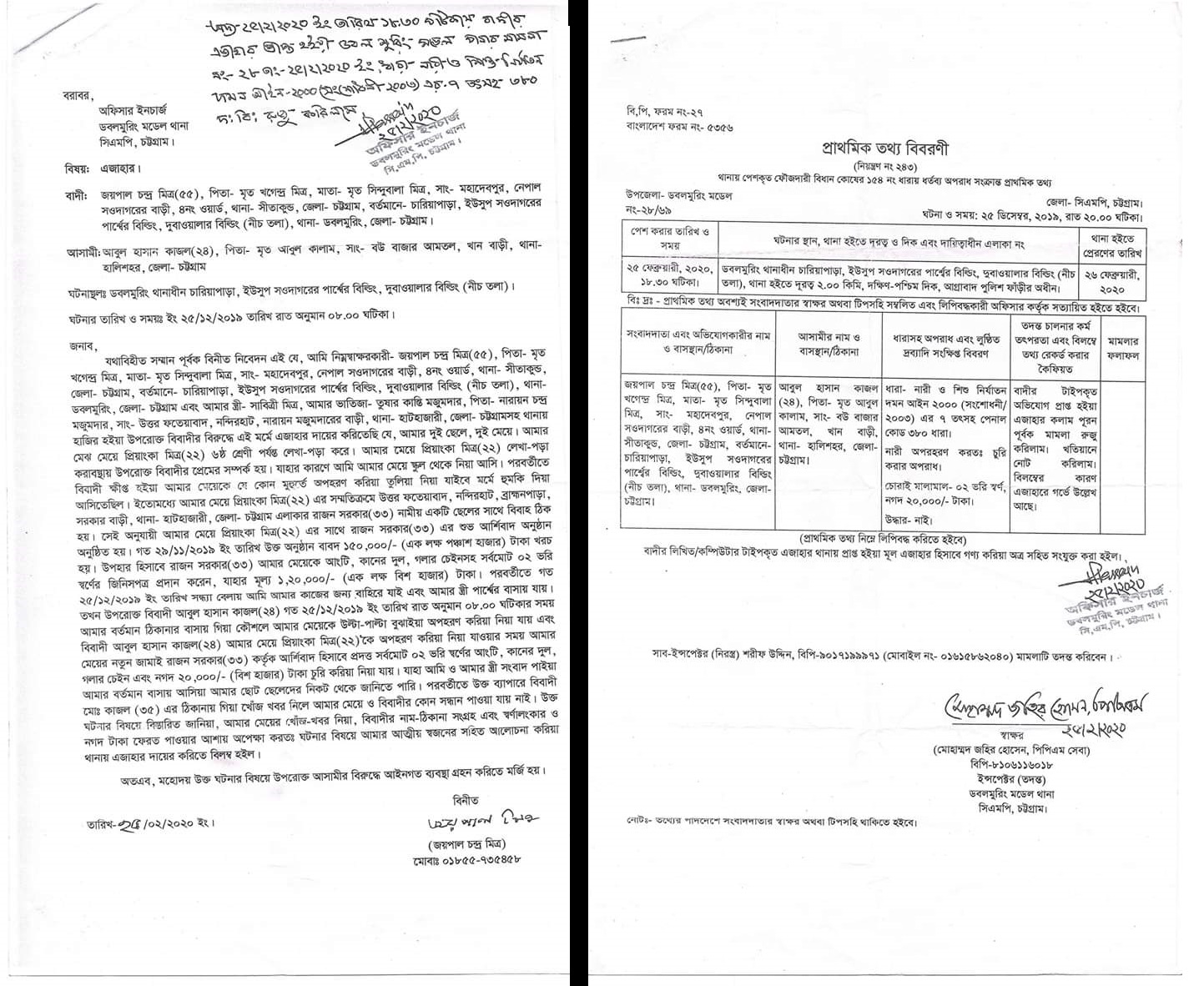 According to the FIR, Chandan Mitra is a resident of Chariyapada, Chittagong and stays in the locality with his wife and two sons and two daughters. His daughter, Priyanka Mitra had received education till class 6, but was initiated into a romantic relationship during her student life by Abul Hasan (catch them young, use and dispose them later is the motto of Islamists).

Therefore, Chandan Mitra was compelled to have his daughter discontinue with her formal education (feminists would call this an act of ‘patriarchy’ – after all, what’s the harm in allowing your daughters to be groomed?). Enraged by this step, Abul Hassan had regularly threatened the family that he would abduct Priyanka Mitra. The family was living under the constant threat of losing their daughter.

Last year, Chandan Mitra arranged for Priyanka’s marriage with a Bangladeshi Hindu boy with the consent of his 22-year-old daughter and they held the engagement ceremony on November 29th 2019. The middle-class father spent 1,50,000 Taka on the ceremony and the groom’s side gifted the daughter, Priyanka Mitra, a gold ring and chain earring that amounted to a total cost of 1, 20, 000 Taka.

On the afternoon of December 25th, 2019, Chandan Mitra and his wife had stepped out of the house. On returning, he learned from his son that taking advantage of their absence the accused had walked into their house and abducted Priyanka Mitra along with the gold jewelry received during the engagement ceremony.

When Chandan Mitra when to Abul Hasan’s residence, the accused and the daughter couldn’t not be found there. Seeing no other way out, Chandan Mitra decided on registering an FIR with the local police station.

This may be dismissed as a case of wilful elopement on the girl’s end but it reveals the evil pattern when scrutinised in detail. It cannot be overlooked that the accused, Abul Hasan, had started a relation with the girl when she was still a minor and had repeatedly threatened the family with abducting Priyanka. Secondly, it is not only the 22-year-old who has gone missing, but the gold jewelry worth 1,20,000 taka has also been robbed by Abul Hasan.

Incidents of Hindu women ‘falling in love’ with Islamists and then being found dead under suspicious circumstances have become commonplace in West Bengal, Bharat which is culturally not very different from Hindus of Bangladesh. Many Hindu households flaunt a ‘liberal and secular’ mindset, not realising the indoctrination that Islamists force upon Muslim society. Thus, some unaware Hindu girls get romantically involved with Muslim men. The results of such associations in some recent cases have been gruesome to say the least.

In February 2020, charred dead bodies of mother and daughter, Ria Dey and Ruma Dey, were recovered from Haldia district in West Bengal. Police has arrested Saddam Hussain and his accomplice Sheikh Manjur for the twin murder.

In January this year, 17-year-old Pallavi’s charred dead body, half eaten by dogs, was recovered from Kumarganj, South Dinajpur of West Bengal. Former boyfriend Mohabur Rahman was arrested for this heinous murder.

Bangladeshi society, which has developed Islamist tendencies despite suffering unspeakable atrocities at the hands of the Islamofascist Pakistani Army during the 1971 Bengali genocide, is notorious for its treatment of minorities and assaults on Hindu women. On June 10th, 2018 a 16-year-old college going girl was kidnapped by jihadi perpetrators.

On August 11th, 2019, another 16-year-old Hindu girl was abducted by a group of 6 radicals in Thakurgaon district of Bangladesh, and forcefully converted to Islam. These abductors were members of the supposedly ‘liberal’ Awami League political party, which is helmed by Bangladesh PM Sheikh Hasina.

Such tragic cases are almost completely censored in mainstream media of Bharat, thus keeping vast swathes of our people in ignorance about the plight of Hindus in Bangladesh which would otherwise have comprehensively proven the need for a humanitarian law like CAA which offers some respite to the beleaguered Bangladeshi Hindu refugees who have been forced to seek refuge in Bharat over the years.