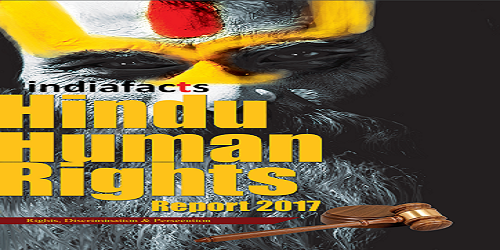 In fact, Western human rights reports like USCIRF have consistently covered up extreme abuse of Hindus under the rubric of “religious freedom of minorities.”

To rectify this key omission —that of discrimination against and persecution of Hindus in Bharat – and to provide a corrective to the one-sided reporting by international organizations, IndiaFacts has brought out a report on human rights violations against the majority community of Hindus in Bharat.

The IndiaFacts Hindu Human Rights report 2017 documents both systematic and episodic violations of human rights, including sanctioned discrimination against Hindus by the State. The report focuses largely on incidents from 2015 and 2016 with some other selected incidents added in certain cases for historical context. 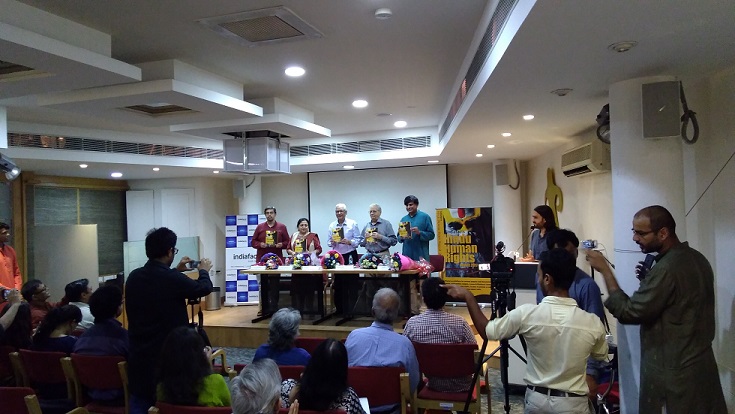 This is indeed a commendable effort by IndiaFacts to collate the various human rights abuses directed against Hindus in their civilizational homeland of Bharat itself. However, the incidents counted & listed in the report are just the tip of the iceberg – they represent a tiny fraction of the true magnitude of the problem.

As IndiaFacts has acknowledged in the report, the data collected was drawn from its own monthly persecution digest, HinduPost’s Human Rights Watch database and several bloggers & social media activists.

The sheer volume of atrocities committed against Hindus, and the politically correct coyness of mainstream/regional media in reporting such crimes, means that a lot of crimes against Hindus are missed out even by social media activists. The National Crime Records Bureau (NCRB) statistics do not provide data filtered by religion of victims or perpetrators – for eg. we know from NCRB data that there were 65,255 incidents of rioting in 2015, but the stats don’t tell who was involved or what triggered the rioting; even though there is evidence to suggest that most riots occur as attacks on Hindu festival processions.

So while the IndiaFacts Hindu Human Rights Report 2017 is a welcome first step, more vigilance & perseverance is required by Hindus to tell their true story. We need more community involvement to keep the HinduPost Human Rights Watch database up to date; and we also need to increase the pressure on Home Ministry to reveal granular details in annual NCRB reports rather than just high-level statistics.