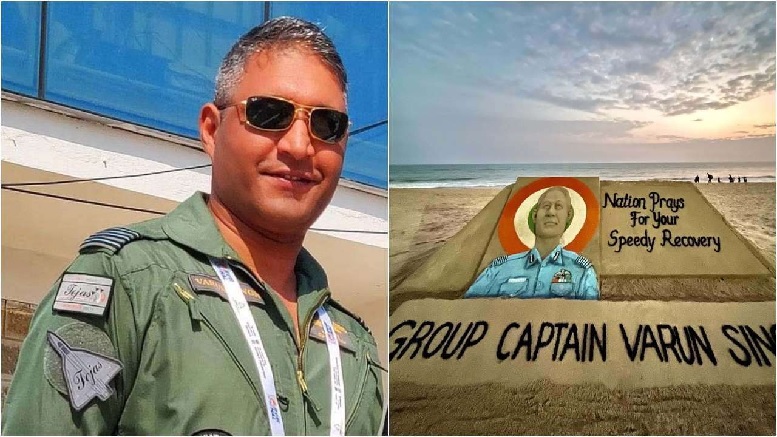 Group Captain Varun Singh, the only survivor from the Coonoor helicopter crash which claimed the life of CDS Gen. Bipin Rawat, his wife and others, succumbed to his injuries early today.

The Mi-17V5 helicopter crash had claimed 13 of the 14 people on the same day, while Group Captain Singh was moved from Wellington’s Military Hospital to Command Hospital on December 9, after getting initial treatment in Wellington, Tamil Nadu.

Until Tuesday, doctors had maintained that his condition was “critical but stable”.

Group Captain Singh was travelling with General Rawat as his liaison officer for a visit to the Wellington-based Defence Services Staff College (DSSC), where the CDS was to deliver a lecture. He was conferred the Shaurya Chakra in August for averting a possible mid-air accident after his Tejas light combat aircraft developed a major technical snag last year.

While the entire nation was in a state of mourning after the crash, a group of malcontents and anti-nationals were seen cheering or mocking Gen. Rawat’s death.