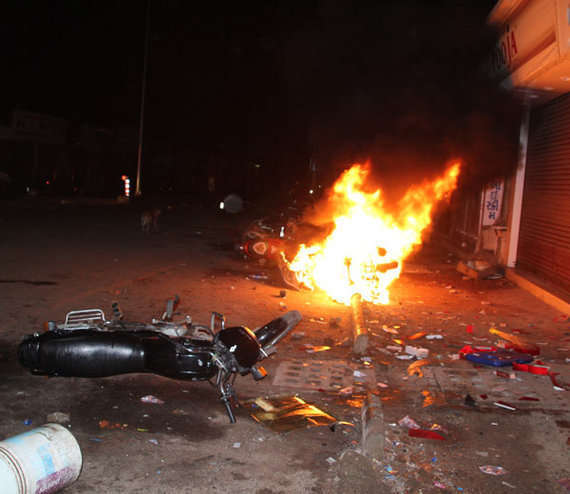 A Ganpati procession was attacked with stones on Thursday night in the old city area of Vadodra, Gujarat. The situation soon snowballed into rioting which left 10 people injured, including two jawans of SRP (State Reserve Police).

Thousands of people had joined the Ganpati procession which started from Pratap Madtha ki Pol to install the Ganesh murti. As the devotees were passing through Panigate area, suddenly the lights went out and stone pelting started. Soon rioting broke out and the mob started targeting vehicles parked nearby – over 50 were set on fire. 12 shops were ransacked and 1 was set on fire.

Police had to lob 30 tear-gas shells to disperse the rampaging mobs. Large number of policemen were deployed in the area to bring the situation under control. 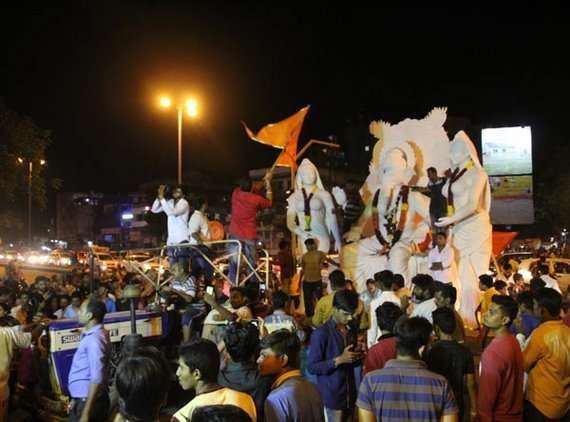