Father of Two Lynched to Death by Muslim Neighbours Over Minor Dispute – Aligarh, UP 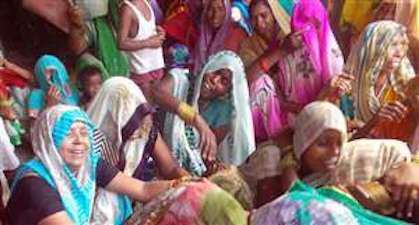 28-year-old Neeraj was lynched to death on Tuesday by his neighbour Ali Sher’s family after a minor dispute. The incident occurred in Chakathal village, Atrauli police station area, Aligarh district of West UP, Hindi daily Dainik Jagran has reported.

Neeraj had gone to a fair in nearby Belon where he met a woman from Ali Sher’s family. Neeraj asked the woman to return Rs. 100 that was owed to him, but she refused. Incensed, he passed an objectionable comment which upset the woman. Locals managed to defuse the situation then, but the woman narrated the incident when she returned home.

That night, when Neeraj returned to the village, his Muslim neighbours dragged him out of his house and thrashed him to death. Then they all fled. Police rushed to the spot and has sent Neeraj’s dead body for post-mortem. They have arrested one relative of the accused and are questioning him to find their whereabouts.

Neeraj is married and has two small kids. His family is in tumult after his death.