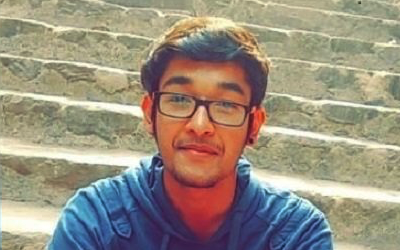 Delhi police have arrested fashion designer Ishtiaq Ali (25) for the murder of DU student Ayush Nautiyal (21) who went missing on March 22, before his body was found in a drain in New Delhi’s Dwarka Sector 13 on 28 March.

Ayush’s family had been misled by the accused who spun a kidnapping story and sent them ransom demands using Ayush’s number. He made them roam with the ransom money but never turned up to collect.

According to a statement put out by the police, Ali has confessed to committing the murder. “The accused Ishtiaq Ali (25), a resident of Uttam Nagar in West Delhi, was working as a sampling manager for various export houses and is an ex-student of a fashion institute. He confessed to the killing because of altercation with the deceased,” the police said on Thursday.

Police said Ishtiaq told them that he had bludgeoned Ayush to death with a hammer in a fit of rage on March 22, after the third-year B.Com student of Ram Lan Anand college threatened to break up with him. Ishtiaq then cooked up a kidnap story to mislead Ayush’s family and the cops, police said.

“He (Ali) stated that he made ransom calls to divert the attention of the parents and police and also to buy some time to dispose of the body. He also confessed to killing him on the same day of meeting and disposing of the body the next day with the help of a friend. The phone used was recovered at the instance of the accused. The vehicle used to dispose of the body has also been recovered. Further investigation is on,” the police said.

A teenager’s role in the crime is also being probed.  Ayush’s body, which bears injury marks, has been sent to Deen Dayal Upadhyay hospital for an autopsy.

A statement by the police has stated that the Ali was Ayush’s friend whom he allegedly met through a dating website. According to the police, Ayush often used various dating applications and met strangers frequently.

Ayush’s family has accused the police of negligence and lack of action.