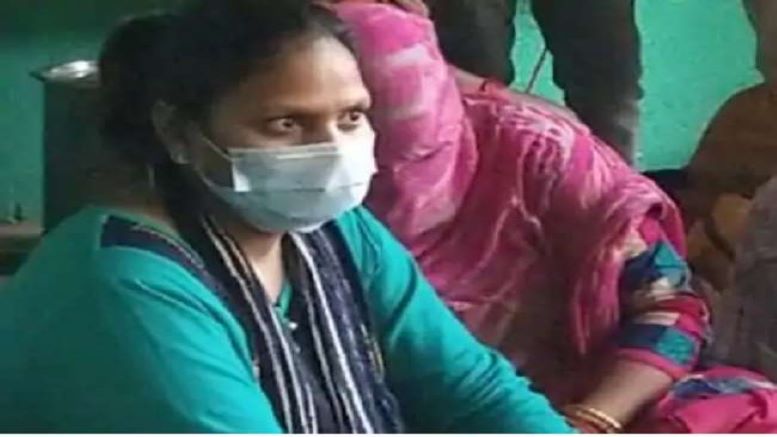 The Naxalite woman who had infiltrated the Hathras victim’s family claiming to be the girl’s ‘bhabhi’ (sister-in-law), had similarly posed as the victim’s maternal aunt two years ago in Agra during the Sanjali murder case reports Dainik Jagran.

Back then she had not only accompanied the body of the victim from Delhi to Agra but had also attempted to stop the final rites from being performed. However, she could not succeed in her plan as the villagers had come forward and ensured the final rites are conducted. Later, investigations by the police revealed that she had faked her relationship, and following the revelation she left the place.

On 18th December 2018, Malpura resident 15-year-old Sanjali was returning home from school on her bicycle when the accused poured petrol on her and set her ablaze. There was an attempt to politicize the issue since Sanjali belonged to the Scheduled Caste (SC).

As per reports, she died during the course of her treatment at Delhi’s Safdarjung Hospital and a woman along with several youths had accompanied the dead body to the victim’s village Lalau. The group had even staged protests in the village.

She had claimed that she was Sanjali’s maternal aunt and even stated that if Sanjali had belonged to the general or upper-caste then the chief minister would have visited them. She then went on to say that they would not allow the last rites to be performed and the youth who had accompanied her surrounded the dead body.

The relatives of the victim as well as the police were stunned by this behavior. The villagers stepped forward and conducted the final rites after shooing them away. It was later learned that she was not the victim’s relative. Furthermore, the murder had been committed by those close to the victim and her family.

A picture of the same woman is now going viral on social media where she is claiming to be the victim’s sister-in-law (sister as per some accounts). It is being said that she resided at the Hathras victim’s house as her “bhabhi’. However, both the villagers as well as the policemen of Malpura Police Station have confirmed that it was this woman who had reached Lalau during Sanjali’s murder as well.

Further investigations in the matter are going on but the woman identified as Rajkumari Bansal appears to be an expert in “faking relationships” in matters which can be politicized.