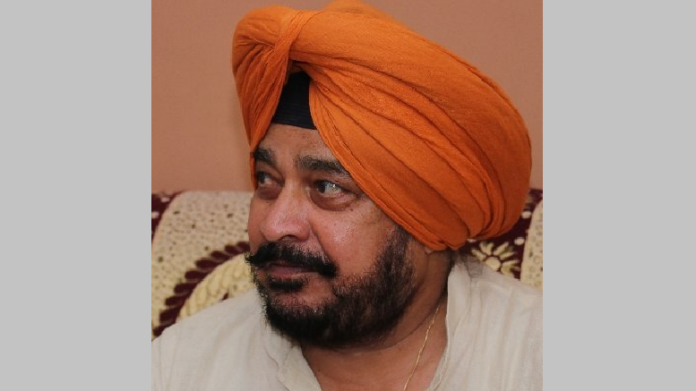 The court trial of former Punjab minister Sadhu Singh Dharmsot in the Forest Department corruption scandal has been held up as the state government has still not granted its sanction for prosecution in the case.

The Vigilance Bureau file seeking sanction for prosecution in the case is shuttling between various officers even as the trial court is being forced to adjourn the case on every date.

According to sources, Punjab Chief Minister Bhagwant Mann has sought fresh comments from the Forest Department before going ahead with the granting of sanction for prosecution against former minister Dharmsot.

The Additional Chief Secretary (ACS), Forests Raji P. Srivastava received the reference from the Chief Minister’s Office on November 18, asking her to study the contents of the charge sheet filed by the Vigilance Bureau (VB) in court, a copy of which was sent to the government along with a request for granting of prosecution sanction.

The charge sheet was filed in court on August 6 and on August 12 the VB wrote to the ACS, Vigilance Department (VD), Rajat Aggarwal, and the VD forwarded the same to the ACS, Parliamentary Affairs, Ravneet Kaur on October 28. Hence, the ACS VD kept the file under consideration for 71 days. And then after another 21 days, the file shuttled back from the Chief Minister’s office to ACS, Forests, where it is now under consideration.

ACS, VD, Rajat Aggarwal explains that the file was under processing and put up to the Competent Authority. Twice clarification was sought from VB. They also took some time to respond as they sought a report from field units. Hence it took 71 days.

When asked how much time would be taken to send comments to the CM and whether the Principal Chief Conservator of Forests, R. K. Misra too would be required to give his comments first, the ACS, Forests said the case will be dealt with, “as per department procedure.”

When indianarrative.com asked Principal Secretary to CM, Venu Parsad, about how much much more time the government would take to decide, he said, “needful will be done soon.”

In the case of co-accused Indian Forest Service (IFS) officer Vishal Chauhan the ACS, Forests has asked the VB to provide a copy of the FIR in English so that a request for grant of prosecution sanction could be moved to the Department of Personnel and Training, Government of India which is the appointing authority.

Another co-accused IFS officer Amit Chauhan is absconding and a charge sheet would be filed in court after his arrest. The VB is yet to come to the court for trial against IFS officer Parveen Kumar. The state government has already given prosecution sanction against Guramanpreet Bains, a Punjab Forest Services officer, and a forest guard Dilpreet Singh.

The VB had registered a corruption case on June 6, 2022, in FIR number 7, against former ministers Sadhu Singh Dharmsot, S.S. Gillzian, DFO Mohali, Guramanpreet Singh, forest guard, Dilpreet Singh, and four others. A 900-page challan was presented in the Special Court, Mohali on August 6, 2022.

The main charges against the two former ministers and officers are wrongful issuance of permits for cutting of Khair trees by taking money, transfer of officers to plum posts after taking bribes, issuance of no objection certificates to various projects falling in forest areas, for a consideration, purchase of tree-guards and iron mesh at exorbitant rates, and illegal mining in protected forest areas.