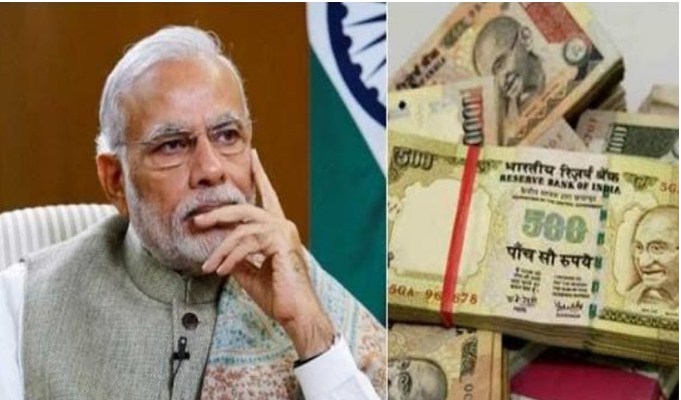 The Government’s move to demonetize currency notes of Rs. 500 & 1000 in order to fight black money and fake currency menace, has stirred the hornet’s nest with many opposition politicians and establishment elites up in arms over the move and criticizing the Government. Most protests are happening in the guise of ‘opposing the harassment of the poor.’

In a TV debate, when Rajiv Desai, a PR professional with close ties to Congress was calling the demonetization move a ‘disastrous policy decision’ claiming that it has taken $200 billion out of Bharat’s economy (of which he claimed only 20% is black money), ex-Cabinet Secretary TSR Subramanian, who by then had had enough of the convoluted arguments and disinformation being spread by panelists like Desai, SP’s Gaurva Bhatia and BSP’s Sudhindra Bhadoria, said –

“For 70 years, 70% of the population in Bharat have had a hand to mouth existence…we have huge poverty. And now saying that a 3-day inconvenience is going to kill the country is an absurd argument! There are 3 major problems in the country – black money, education and public health. In 3 years time, economists have estimated this step (demonetization) could add 3 percentage points to our GDP..this move is a game-changer.”

Ever since the demonetization was announced by PM Modi at 8 PM on 8 Nov, prominent opposition politicians have criticized  the move as ‘anti-people’ and ‘draconian’.

From evidence pouring in, demonitization is turning out to be a huge scam. Will present evidence at 10 am in a press conf

Congress was scathing in its vitriol –

Rahul Gandhi joined a bank queue ostensibly to share the ‘pain of the common man,’ but ended up by inconveniencing citizens himself.

But apart from opposition politicians, establishment elites with links to the Nehruvian-Congress ecosystem and the usual suspects in media like NDTV et al, the move has been welcomed by economists, India Inc., bankers and industry bodies like FICCI.

“The move will significantly strengthen the government’s systematic efforts (including special investigation team on black money, amending DTAA with Mauritius and Cyprus, amending the Benami Transactions Act, and the more recent Income Declaration Scheme) over the last two years to curb black money in the economy.

In a single master stroke, the government has attempted to tackle all three malaises currently plaguing the economy—a parallel economy, counterfeit currency in circulation and terror financing.

In addition, the Indian economy has been provided a new lease of life—a “reset” if you will—with huge positive implications for liquidity, inflation, fiscal and external deficit in the short term.”

These tweets sum up the attitude of the common man, which the status quoist politicians and certain elites just don’t get –

People are facing troubles, mind you, but in small town communities everybody helps; grocers, sabziwalas, tea sellers all selling on credit!

Another tweet series by Kanchan Gupta exposes the hypocrisy of the rich, entitled class which is criticizing the demonetization move on behalf of the working poor – the same people who treat their maid and cooks as nothing more than servants and haggle with them over the smallest of amounts, are now claiming to highlight the pain of poor folk who are stuck without cash.

And those claiming that this was a ill-thought out & hasty move, are just lying through their teeth. While it is true that implementation of such a move poses immense challenges, the idea was being discussed in economic policy circles for long. HinduPost had carried an article by IIM Bengaluru Professor R. Vaidyanathan in March this year, where demonetization was proposed as a measure to tackle domestic black money. And Modi himself had spoken of this 5 years back –

The fact that people are facing hardships for withdrawing money from ATMs and banks is however true – ensuring fully operational ATMs and speedy exchange/withdrawal of the new currency notes (especially Rs. 100 & 500 notes) should be the topmost priority of RBI, government, banks. But in the end, despite all the hardships faced by them, ordinary citizens realize this move is for the greater good. Please listen to this man from Dehradun –

Hear these two common folks talk about the move by @narendramodi govt for #BanayeBehetarBharat pic.twitter.com/8yPe7Gcxw6