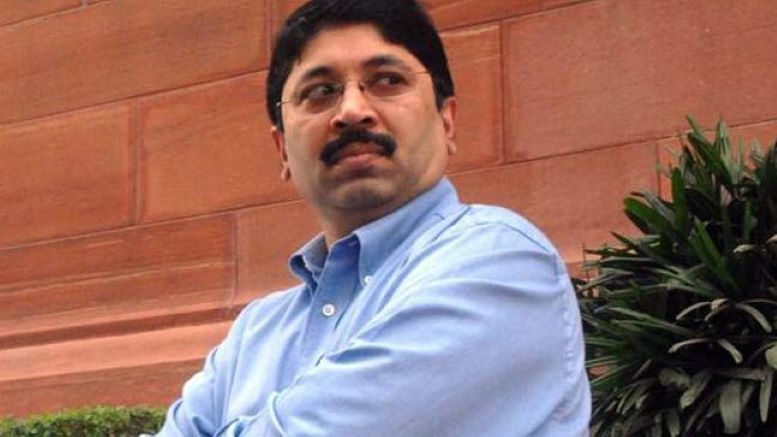 DMK keeps proving time and again that it hates Hindus and Hindu Dharma, something its parent body DK (Dravida Kazhagam) will be extremely proud of. Among many DMK leaders who have taken advantage of anti-CAA protests to further their anti-Hindu and pro-Islam and pro-Christian agenda is DMK MP and ex-central minister Dayanidhi Maran, also an accused in telecom scams like Aircel and illegal exchange scam. He has gone a step further in spreading misinformation by inventing non-existent laws.

DMK MP says "CAA, NRC & NPR are implemented by Modi just to cancel the Voting rights of those who are against BJP", a speech filled with Brahmin hatred and also he adds that DMK did not win elections by Hindu votes. Can a MP spread this kind of misinformation and hatred?? pic.twitter.com/fcT8e0L8kb

In the above clip Maran can be clearly seen mocking the Tamil Brahmin community by making fun of their accent and stating that the state government and its ministers are lying when they say no Muslim will be affected by this law. He also questions the Brahmin community asking if they have ever exercised their voting rights. He hints at not fearing losing Brahmin or Hindu votes.

He then goes on to spin the biggest imaginary tale regarding CAA by saying like how 500 and 1000 rupees notes were made invalid overnight through demonetization, citizenship of all citizens has been cancelled and we will now have to present documents to prove that we are Indians. He says further that one has to provide details of one’s ancestors as well and since in those days there were no birth certificates, or there were discrepancies between actual date of birth and the one in school records, a person may choose to not reveal the same.

“Will I not be considered as an Indian if I say I don’t know these details?” he asks. He then makes the sensational claim that although the government says it is collecting this data (probably referring to National Population Register) only for census and policy formation, it will use this data to cancel one’s passport, AADHAR card and take away their voting rights.

According to him, laws like CAA, NRC and NPR are being introduced only to cancel voting rights of those opposed to BJP. This is such an absurd claim that it is staggering that Maran has gone unquestioned by media over it. First and foremost is the fact that in Bharat we have secret ballot and therefore identifying who voted for whom is impossible.

As has been repeatedly clarified by Government at all levels and can be verified by any citizen who reads the Act, CAA (Citizenship Amendment Act) is only offering expedited citizenship to persecuted minorities from neighbouring Islamic nations of Afghanistan, Pakistan and Bangladesh, and does not affect Bharatiya citizens in any way. NPR (National Population Register) is merely a registry of all those residing in Bharat, and it will not require anyone, whether citizen or foreign resident, to produce any documentation – something clarified yet again in Parliament just yesterday by the Home Minister. NPR’s primary use will be to formulate policies on the basis of data acquired regarding residents in different regions. The rules and framework of proposed nation-wide NRC (National Register of Citizens), an exercise to hand out citizenship cards and identify illegal immigrants, are yet to be announced.

However, why bother dishing out facts when you can mislead using fiction?

Despite all facts having been repeatedly put out in the public domain DMK and its leaders have continuously peddled misinformation, much like their ally Congress and other ‘secular’ parties, just to pander to their vote banks. They believe that their Goebbelsian technique would benefit them politically. However, they must remember that we live in the information age when it is very easy to bust their lies.