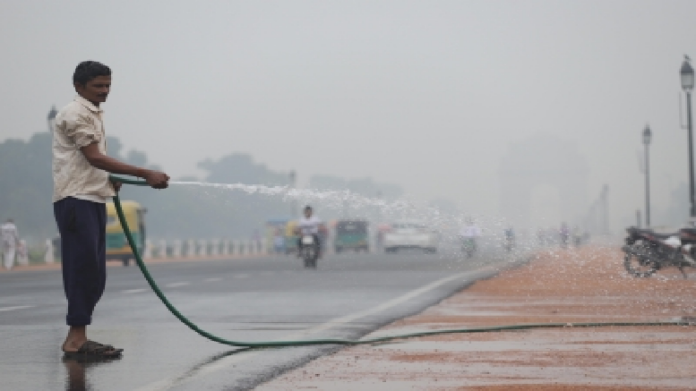 After remaining under the ‘severe’ category for more than week, the Air Quality Index (AQI) in the national capital improved to ‘poor’ on Tuesday.

In its forecast, the India Meteorological Department (IMD) had predicted that the pollution level in the national capital could improve due to strong winds, while the sky will also remain clear throughout the day.

On November 6, Delhi’s Air Quality Index (AQI) was in the “severe” category, with emissions from stubble burning (a seasonal phenomenon heavily concentrated in Punjab, and parts of Haryana) contributing to 36% of the pollution, as per data from SAFAR.

While change in atmospheric conditions has contributed to improvement in air quality, it is possible that reduction of stubble burning in the aftermath of repeal of farm laws on Friday may have also played a part.

One thing is clear though: Diwali firecrackers can be bashed and banned, but that will do nothing to improve the air pollution problem that Delhi-NCR faces every winter.

Only PR and Pollution increases under AAP governance!