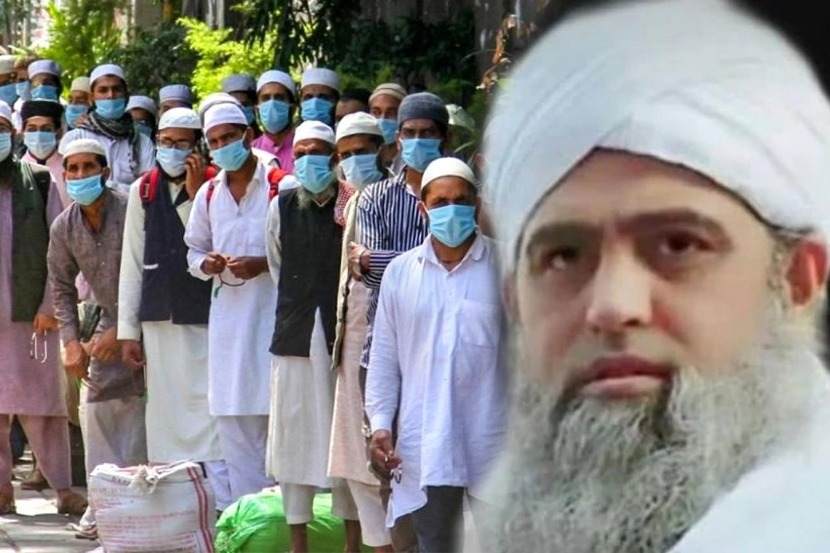 Tablighi Jamaatis have single-handedly disrupted the entire nation’s fight against the Wuhan virus pandemic over the last 10 days. Overwhelming majority of positive cases identified in this period have been Jamaatis, and what has made things worse is the defiance & misbehaviour of these cult members. They have ignored all pleas of authorities to come forward for testing, choosing to hide out in mosques or Muslim localities, thereby endangering others. Worst has been their behaviour when put in quarantine.

Earlier, we had seen reports of Jamaat members roaming naked and making obscene gestures towards female nurses in Ghaziabad UP, spitting at doctors and medical staff, or making unreasonable demands from authorities. Now, they have resorted to disgusting behavior, which even an animal wouldn’t do. Nizamuddin Markaz returnees Mohammad Fahad and Adnan Zahir excreted in the corridor in Narela quarantine centre in Delhi. An FIR has been registered against them, and the situation is so bad that Army is now taking over management of the centre – what this essentially means is that sections of the jamaatis are exhibiting mindsets as  dangerous as any gun-wielding jihadi terrorist.

Tablighi Jamaat members in the Dwarka, Delhi quarantine centre were seen throwing bottles filled with urine from the window.

In UP’s Baghpat, an elderly Covid-19 positive Jamaati broke the hospital window and escaped. 2 Jamaatis similarly escaped a quarantine centre in Uttarakhand. Even in Bihar, Jamaatis are sexually harassing nurses.

And the behaviour does not stop with just those who are Tablighi Jamaat members, or who attended the Nizamuddin Delhi event. 27 men, who were brought to Firozabad UP district hospital on April 4 for collection of samples after they came in contact with Tablighi Jamaat returnees, spat on the hospital walls and offered prayers in the hospital premises – an FIR has been lodged against them.

Such is the brainwashing and indoctrination of the Tablighi Jamaat members, that they are exhibiting classic cult behaviour. Believing the sermons of their cult leader, Maulana Muhammad Saad Kandhlawi, that Allah’s true believers should not fear Coronavirus, that the pandemic is just a conspiracy to keep Muslims away from congregating and practising Islam, these people think that being kept in quarantine and isolation is a conspiracy against them by kafirs (non-believers). When a Muslim MLA in Assam is spreading conspiracy theories that Jamaatis kept in quarantine will be killed, one can understand the level of indoctrination that is rife in the Muslim community. The murder of a Hindu Dalit, Lotan Nishad, by a Jamaat supporter shows the extents to which these cult members can go.

Sadly, rather than coming out in unambiguous condemnation of the fanatical Tablighi Jamaat cult, established Muslim intelligentsia and their left-liberal companions have instead come to the aid of the Jamaatis and chosen to label those criticizing their disgusting behaviour as ‘Islamophobes.’ Rational voices from within the Muslim community who are speaking against the Tablighi Jamaat have hardly got a hearing in mainstream media.

This episode is a chance to expose the harmful grip that fundamentalist organisations like the Tablighi Jamaat have over the Indian Muslim community – ordinary Muslims should realize for themselves how such indoctrination is spreading the epidemic in their community and harming them even otherwise.