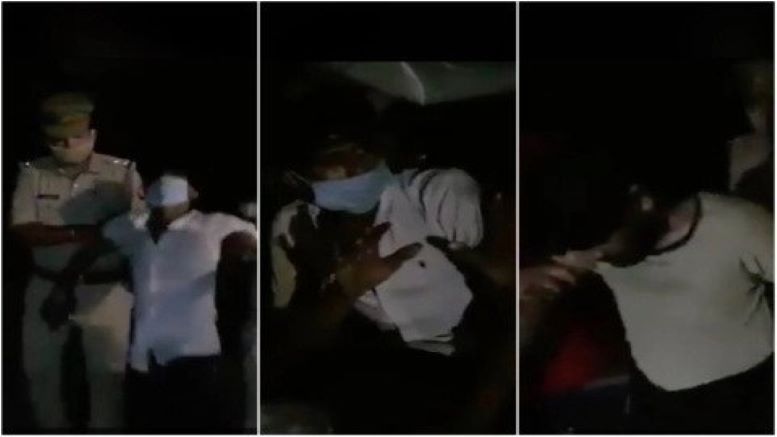 A UP police patrol saved a 19-year-old Dalit woman from two Muslim rapists Nadeem and Imran on the night of 4th August in Greater Noida after they heard her screams for help, reports Swarajya Mag.

The incident took place around 11 PM on August 4th in the National Capital Region (NCR) when the victim who belongs to Hathras in UP hailed a cab to travel from Surajpur to Pari Chowk in Greater Noida from where she intended to take a bus to Agra.

When she got into the rickshaw she saw a man seated beside the driver; however, she soon dozed off. When she woke up, realizing that she was being taken elsewhere instead of her intended destination, she asked the driver to stop the rickshaw. The driver did not pay heed to her request and his accomplice threatened the woman, who belongs to the Jataav caste as stated in the FIR, with a pistol and then raped her.

The men then tied her hands and feet while she kept screaming for help. In a short while, the men realized that they were being pursued by the cops and hence they got out of the auto to deal with the police while leaving the victim in the vehicle. In the ensuing encounter, the men fired on the police who retaliated and shot the two rapists in the leg injuring them.

As per Knowledge Park Police Station House Officer (SHO) Varun Panwar, he intercepted the auto at the Hindon Pusta road checkpoint asking the vehicle to stop. However, the driver did not halt and it was then that Panwar heard the woman’s shout for help.

He pursued the rickshaw and alerted other cops who gave chase as well. It was then that two men emerged from the vehicle and began firing on the cops. An encounter ensued in which the criminals were injured. Besides seizing the rickshaw), two pistols as well as live and empty cartridges were also seized by the cops.

Four FIRs numbered 241, 242, 243, and 244 have been registered in the case at the Knowledge Park police station. The first, filed on the basis of the victim’s statement, books unidentified accused under sections 376 (rape) and 342 (wrongful confinement) of the IPC (Indian Penal Code) and also relevant sections of the SC/ST Atrocities Act.

The other three FIRs have been registered as per the statement of SHO Varun Panwar. FIR 242 identifies the accused as Bijnor (UP) resident Nadeem and Surajpur resident Imran. This FIR books both the accused under section 307 (attempt to murder) of the IPC.

In FIRs 243 and 244 dated 5th August, the two have been booked for possessing firearms (section 25) and illegal use of firearms (section 27) of the Arms Act. It is also pertinent to mention here that Nadeem is a history-sheeter with several cases of molesting women in Greater Noida against him.

The police have released a post-encounter video showing the injured accused Nadeem and Imran limping away. Press Advisor to UP CM Yogi Adityanath, Shalabh Mani Tripathi has stated that there is a possibility of the injured accused being rendered disabled for life.

Despite the brazenness with which Islamists indulge in crimes such as rape, murders, stalking, etc., secularists and liberals never fail to portray them as victims and the majority Hindus as perpetrators at every available opportunity, although it is far from the truth.

The ‘Dara Hua musalman’ (scared Muslims) is very much an imaginary construct of the liberal-secular brigade much like the ‘saffron terror’ charade.