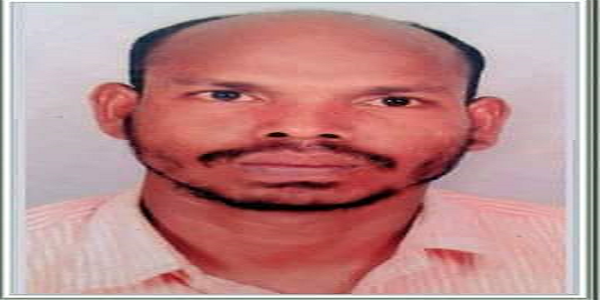 A 50-year-old Dalit BJP worker who was severely injured late on Saturday  in an attack by CPI(M) activists at Kaipamangalam in Kerala’s Thrissur district died at a private hospital near Thrissur city early on Sunday.

Satheesan, son of Chakkanchath Kunjayyappan of Kalamuri, is the second BJP worker to be killed in CPI(M) violence in Thrissur district within two weeks. A CPI(M) killer gang had hacked to death an RSS activist, P Anand of Brahmakulam, at Nenmini near Guruvayur in broad daylight on November 12.

Satheesan suffered injuries during a clash between CPI(M) and BJP workers at Akampadam near Kalamuri – the clash was reportedly triggered by 20 Dalits under the leadership of Satheesan quitting CPM and joining BJP 6 months ago. He came under attack when he intervened in the conflict to take away the son of his brother who was involved in the clash. A total of six persons, including four BJP workers, had suffered injuries in the violent clash.

Communists killed Dalit in Kerala for joining BJP! BJP worker Satishan (51) killed in CPM attack in Thrissur. He was hospitalised after being injured in CPM attack last day. CPM leadership was vexed after 20 Dalits under the leadership of Satishan quit CPM&joined BJP 6 months ago pic.twitter.com/oT1GBDgUU1

The other three injured BJP workers were admitted to hospital in Kodungallur. However, reports quoting the police sources said Satheesan’s widow claimed that he was a sympathiser of the CPI(M).

Police have registered a case for culpable homicide not amounting to murder in relation to the incident. They stepped up security in the area considering the tension between the two parties. The BJP will observe a shutdown on Monday in areas coming under Kaipamangalam Assembly constituency and Kodungallur municipality to protest against the incident.

According to the BJP, Satheesan was its second worker to be killed in Marxist violence in Kaipamangalam constituency since the CPI(M)-led LDF won the Assembly polls held in May, 2016. A 33-year-old BJP worker, V Pramod, was killed in the violence unleashed by CPI(M) workers celebrating the Left nominee’s victory in Kaipamangalam on May 19 last year.

Responding to reports on Satheesan’s death, Kerala BJP president Kummanam Rajasekharan said the incident proved that the Marxists were not prepared to give up their habit of annihilating political adversaries. “We have conveyed our concern over the continuing political violence in Kerala to Union Home Minister Rajnath Singh,” he said in New Delhi.

State BJP president B Gopalakrishnan, who hails from Thrissur district, alleged that Satheesan’s killing was part of the CPI(M)’s efforts to disallow the BJP to carry out organisational activities.

“These violent incidents are taking place as per the planning of the district Marxist leadership. The local police are vitiating the situation by being reluctant to act fairly,” he said.

As expected, mainstream media has under-reported this murder in Kerala as well. Leftist, China-leaning newspaper The Hindu reported it with a headline ‘Man injured in CPI(M)-BJP clash dies in Thrissur’. Their article has no mention that Satheesan was a Dalit, or that he and other Dalits had crossed over from CPM to BJP recently.

Apparently, a Dalit loses his Dalit identity and our MSM’s sympathies the moment he/she remotely identity as Hindu or join BJP/RSS. The Dalit victim card is brought out by MSM only when it offers an opportunity to pin down Hindu organizations and guilt-trip Hindu society – cue Rohit Vemula suicide, or Una atrocity.

The Communist ideology world-wide works on a principle of absolute loyalty to the ideology and top leadership – in other words, it is akin to other fascist ideologies in that no meaningful dissent or debate is tolerated. Communism inevitably leads to dictatorship, and the death and destruction which come in its wake is described as ‘revolution’.

Exiting the Communist fold and then joining an opposite political movement is fraught with danger. In the Bharatiya context, a Dalit or backward class person who rejects communism after being a part of the movement is especially despised by the Communist politburo who consider themselves as liberators of the Dalits. A free-thinking Dalit who refuses to be ‘saved’ by Marxism is considered an obstacle towards the larger goal of building a utopian Communist society. This has been seen time and again in Kerala, wherein Dalits who try to assert their independent political identity are brutally crushed by the CPM or its sister organizations like DYFI, SFI etc.

Even if a leader breaks ranks with CPM, not to join the ‘evil Sangh’ but to form a rival Marxist party, he is still dealt with brutally. In 2009, TP Chandrasekharan left the CPI(M) to form a splinter communist party called Revolutionary Marxist Party, and led his newly formed party to moderate success in local polls. Chandrasekharan was hacked to death on 4 May 2012.

No other mainstream political organization in Bharat shows such a cold-blooded, ruthless streak towards its ex-workers or opponents. Leaders & party workers routinely cross over from political organizations like Congress, SP, BJP, BSP, JDU etc – while this movement across party lines is sometimes for less than noble reasons, all parties acknowledge their workers democratic right to change minds and switch sides. But not the CPM – for them, similar to Islamists, ideology comes over everything else, even the human right to existence.

Yet, CPM is the party that many of the top liberal intellectuals in Lutyens Delhi project as a democratic, secular force for good in our nation’s polity, while Sangh/BJP are portrayed as divisive, communal fascists.