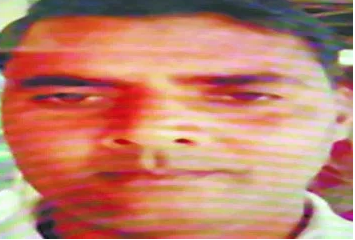 A Dalit farmer, Vinay Prakash Saroj (33), had his limbs hacked off and was tied to a charpai and burnt alive on Sunday night in Bela Rampur village of UP’s Pratapgarh district.

News agency IANS reports villagers suspect the gory murder is linked to an argument that Vinay had with ‘members of one community’ after he celebrated Bharat’s win over Pakistan in the cricket World Cup match late on Sunday night.

Times Now also reports that Vinay was said to have danced after Bharat’s victory over Pakistan in the World Cup and someone from another community objected to him celebrating at midnight following which he had a minor argument.

‘Members of one community’ or ‘Samuday Vishesh’ is media’s codeword for the Muslim community.

Apart from farming, Vinay also used to rear pigs. According to an Amar Ujala report, on Sunday night after the match got over Vinay went around 300 metres from his house to sleep in a thatched hut in his farm to safeguard his crops and pig pen. On Monday morning, when his brother Omprakash went to check on Vinay, he was stunned to find his brother’s charred body with arms and legs cut off.

Villagers soon gathered and prevented police from taking the body for post mortem until higher authorities reached the spot and calmed things down. Police has taken Vinay’s business partner Vijender into custody for questioning.

The Uttar Pradesh SC/ST Commission has directed the Superintendent of Police (SP), Pratapgarh, to conduct a thorough investigation.