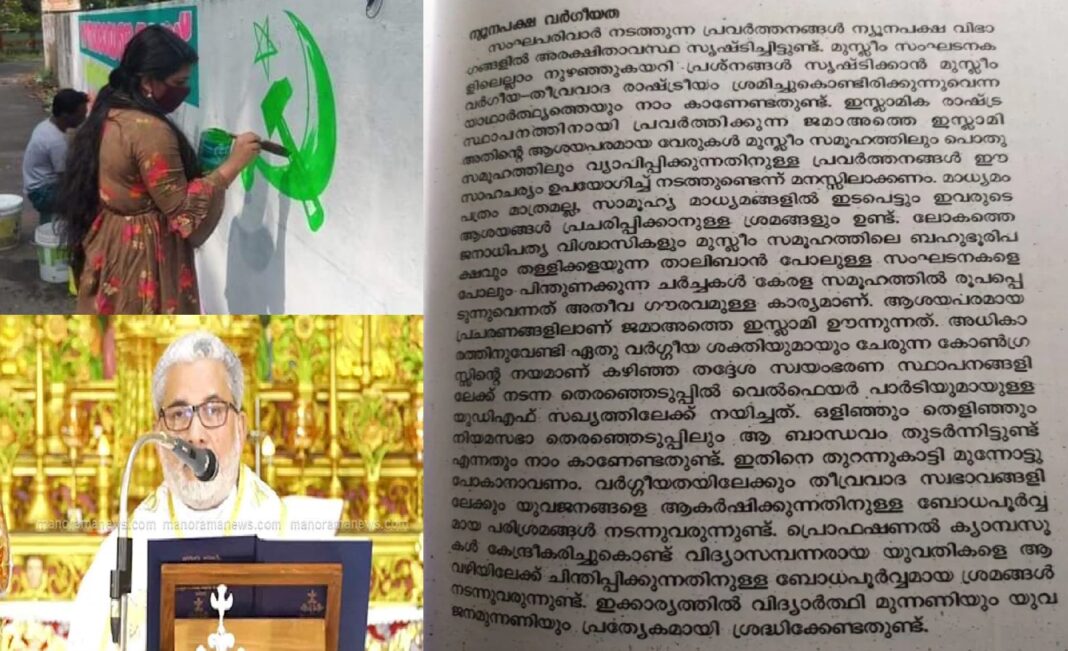 The ruling CPM has said that Islamists are targeting professional colleges to attract young women into terrorism. It criticized organizations like the Jamaat-e-Islami and the PFI (with deep roots amongst Kerala Muslims) for being Taliban supporters.

The warning was sounded in notes prepared by the ruling party and distributed amongst cadre who are attending party conventions in the state. Such admissions show that the CPM has allowed the state to develop into an ideal ground for extremist forces, and is now scrambling to try and contain the menace.

The CPM says Islamists are trying to lure young women into extremism by focusing on professional college campuses. The party wanted its student and youth fronts to be vigilant and asked them to pay special attention in this regard.

What is more remarkable is that the section comes with a  heading on radicalization amongst the minorities. It adds that the communal influence of the Christian community need not be taken seriously.

Extremists have infiltrated Muslim organizations and are trying to create difficulties, the document says. The SDPI is trying to attract young people from the Muslim community through ‘aggressive activities.’ The Jamaat-e-Islami works for the establishment of an Islamic state and is using the situation to spread its ideological roots in the Muslim community and the general public.

It is a matter of grave concern that discussions in support of organizations like the Taliban are taking place in Kerala society, the CPM document added, while claiming that the Taliban ideology was rejected by a majority of Muslims.

It further says that the BJP expanded its activities by focusing on temples and that is why they consistently win in temple wards. The CPM is of the view that the BJP should be defeated not by staying away from temples but by ‘intervening in temples and respecting the faith of the Hindus’.

These statements clearly explain what the communists were up to, till now. Whether Communists will now stop vandalizing temples, usurping temple wealth, and denigrating temple-going girls as nymphomaniacs – only time will tell.

“The extremist forces would not have gained a foothold in the state if the ruling party had reacted strongly against them. What sincerity do they have to now say that vigil should be stepped up against terrorism?” BJP veteran Kummanam Rajasekharan asked.

This CPM confession comes at a time when bishops are telling Christians that grooming and narcotic jihad are wreaking havoc in their society. Though the BJP supported the remarks by Pala Bishop Joseph Kallarangatt, the statement was widely criticized by various political outfits including the ruling communists.

The Bishop had recently said that Christian girls are falling prey to grooming and narcotic jihad in Kerala, and that this is a war against non-Muslims being fought without weapons. He added that Islamists are using such methods to destroy the non-Muslim youth.