“Will segregate citizens based on loyalty to CPM:” newly-elected CPM councillor in Kerala 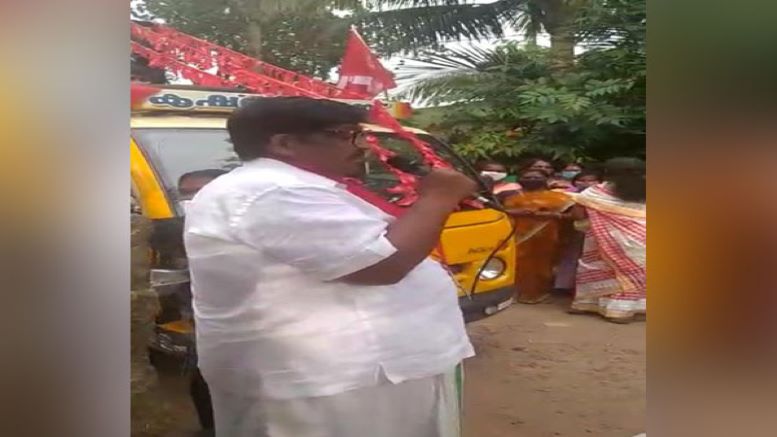 A video showing the newly elected CPM (Communist Party of India – Marxist) councilor of Haripad S Krishnakumar threatening to segregate citizens of his constituency on the basis of their loyalty to CPM has gone viral on social media.

The CPM leader begins by saying that since he is the CPM councilor representing the ward he would like to make certain things clear for the residents of his constituency. In an extreme display of arrogance, he then tells the citizens “every household here when you set foot on the road, understand that it is built by a communist. And when you drink pipe water brought to you by a communist drink with gratitude“.

Further, the CPM leader shows utter disdain for the rule of the law and the constitution which his party swears by and vows to protect. He adds that he would be the ward councilor for the next five years only for CPM votes and not all and that voters must remember that no lord other than him brought development to that area.

He also said that when people of the ward went to him with pleas for help, he would divide them into second and third-class citizens on the basis of their loyalty to CPM. In other words, the councilor implies that he will fulfill the requests of only those citizens who vote for CPM.

CPM which prides itself on being an upholder of the constitution is often the antithesis of the same. Krishnakumar represents the real face of CPM showing an utter disregard for the constitution. The CPM which is neck-deep in corruption has often misused power either to grab the land of poor citizens or to silence them.