CPM Barbarity in Kerala Crosses All Limits – Is the Union Home Minister Sleeping? 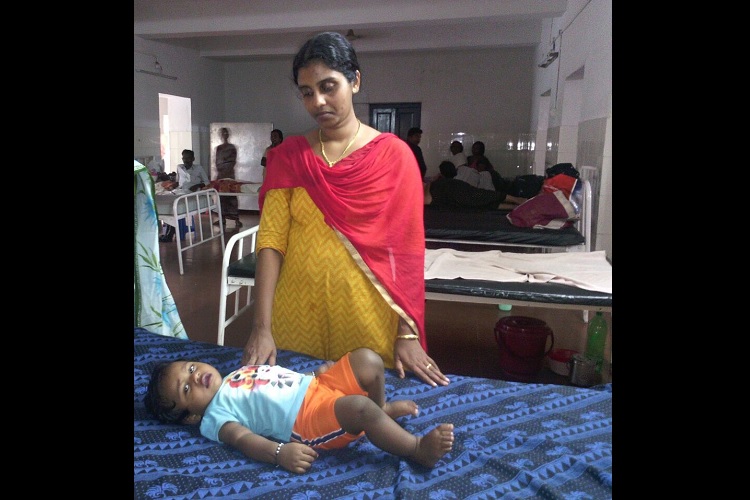 There is no end to the barbarity unleashed by CPM in Kerala. Even the most hardened and cynical political observer will be shaken up by the two latest incidents of #LeftistTerror unleashed by CPM on Sangh/BJP activists.

In the first case, a 10-month-old infant child of a BJP member in Kerala’s Malappuram district was thrown to the road by CPM workers last Tuesday.

“Suresh, a BJP worker and father of the infant Kashinath, claimed that his son, who was sitting on his lap on the driver’s seat of their car, was pulled out and flung to the road by three CPI(M) workers.

Amidst criticism of police inaction, Tirur sub-inspector said – “We have identified the attackers and have found that they are indeed CPI (M) workers. We believe political rivalry to be the cause behind the attack. The attackers will soon be taken into custody.”

Alleging that the three CPI (M) workers were involved in other political clashes in the area, Suresh, a native of Tirur, told The News Minute that the attack was totally unprovoked – “I had parked my car on the roadside and was waiting for a friend to arrive. I didn’t see the three men coming on a bike, and noticed only when one of them suddenly opened my car door.”

The 32-year-old alleged that when the attackers realized that Suresh was with his son, they pushed the baby out of the car before attacking him.”

In another incident, a BJP worker who had suffered serious burn injuries when his house was burnt down by CPM workers in an attack last week, succumbed to his injuries on Friday. His brother and sister-in-law were also injured in the attack and their condition remains critical. As per this report –

“A BJP worker who suffered grievous burns after political rivals from CPI (M) set fire to his house, succumbed to his injuries on Friday at Jubilee Mission Medical College in Thrissur. The attack happened on December 28 at Kanjikode in Palakkad.

Radhakrishnan, 55, had been rushed to the hospital with 60% burns on his body. He was admitted along with his brother Kannan and his wife Vimala, who had also suffered burn injuries in the attack.

Three CPI(M) workers were arrested last week for the attack, a few others are still absconding. “We have called for a district wide hartal on January 7. The attack was done with the intention to kill. The condition of both Kannan and his wife is critical. Both arms of Vimala could get paralysed, while Kannan has burns all over his body. He was subject to several threats even earlier also.” Advocate E Krishnadas -BJP Palakkad district president said.

“Their intention was to kill. Many cows were housed in the shed. It was Radhakrishnan who untied and led them to safety,” alleges Shanmugan, -BJP leader and Kanjikode Block president.”

This is what Kummanam Rajasekharan, Kerala State President of Bharatiya Janata Party tweeted about the two stomach-churning attacks  –

#LeftistTerror in Kerala crosses all limits.10 month old infant picked up and flung away by Communist goons. Atrocious! pic.twitter.com/wpKHFq9ZjB

Since its launch an year back, HinduPost has covered many such attacks on Hindu activists in Kerala – it never ceases to amaze us as to why this topic is not discussed at a national level. The law & order machinery in Kerala has broken down completely, and the situation has visibly worsened since CPM won in last year’s state elections, and Pinarayi Vijayan, a radical communist leader with a dark past, took the CM’s post.

1.) BJP worker Remith (27) was hacked to death in Kerala CM’s constituency, Pinarayi, Kannur district. Remith’s father was also allegedly murdered in a CPM attack in 2002. He was his widowed mother’s only support.

5.) Hindu Activist and auto-rickhaw driver, A V Biju (29), was hacked in front of children that he was taking to school in Kannur district.

6.) 27 year old PV Sujith, was hacked to death by CPI-M (Communist Party of India – Marxist) workers in front of his parents in Papinisseri, Kannur district Kerala.

It is estimated that 267 Hindu activists related to either the RSS or BJP in Kerala have been murdered in the last 50 years, of which 232 were killed by the CPM. After 2010, sixteen RSS workers were murdered by CPM, and the number is increasing. The number of injured – with limbs chopped off, blinded, bedridden due to injuries – is almost six times the number of those murdered.

We have delved in to the Communist roots of the political violence culture in Kerala & West Bengal in this article. Under the garb of social justice and equality, Communist regimes across the world under dictators like Stalin, Mao, Pol Pot etc have killed millions. Thhe 30+ year Communist rule in West Bengal saw more than 50,000 ‘political murders’..and the same pattern is repeating in Kerala.

After hideous Communist crimes at Marichjhanpi, nothing that CPM does can shock those who have seen horrors perpetrated by this party.

The plight of the Hindu in Kerala cannot be overstated – brutally persecuted if he/she dares to voice a political opinion that displeases the ruling establishment, ignored by local and national media that plays down their suffering as ‘political rivalry’, and seemingly orphaned by the very party that they support and shed blood for despite that party being in power at the centre.

Yes, law & order is a state subject, but other than a few statements by leaders like Nitin Gadkari, NDA Government has done very little to halt the slaughter and oppression of their own party workers in Kerala. A stern message from the Union Home Minister for the Kerala Government to get its act together on the law & order front is the least that should be done. Things have reached such a nadir that we must seriously examine applying Article 356 to bring Kerala under President’s Rule and repair the broken law & order situation.

@Kummanam Sir, what is @BJP4India planning to do about its cadres being massacred so brutally by @cpimspeak? Just #KadiNinda? #JustAsking