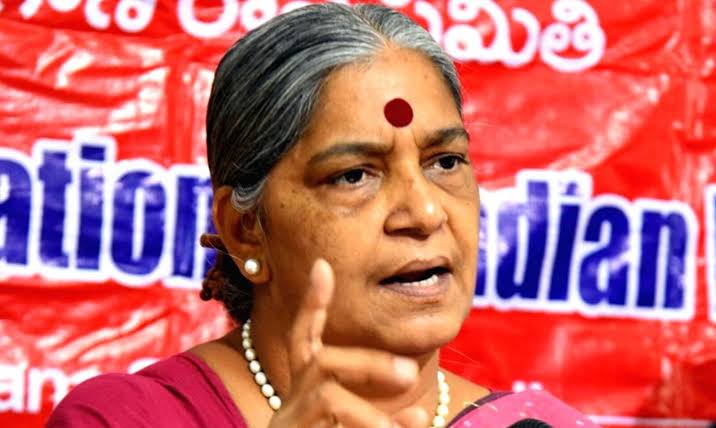 The “RSS gang” comment on Kerala Police by Left leader Annie Raja has not gone down well and according to a source, the top brass of the Communist Party of India (CPI) will take up the issue of the unwarranted remarks at the national executive meeting that begins in Delhi on Saturday.

The Kerala unit of the CPI is “fretting and fuming” as her statement made the party face ridicule on social media. Annie is the wife of the present CPI national general secretary B. Raja.

She, herself is one of the top national leaders in the party and other than being general secretary of National Federation of Indian Women, is also a member of the national executive of the CPI.

It was on Wednesday that Annie levelled serious allegations against the Kerala Police by saying that there exists an RSS gang in the police. The CPI in Kerala is the second biggest ally of the ruling Left government led by Pinarayi Vijayan, who holds the Home portfolio.

Not only was the chief minister upset by the remark, but the Kerala unit of the CPI also did not take the comment lightly.

The Congress-led opposition, waiting to pounce on anything which they can take on Vijayan, went berserk after her comments.

Annie has said that a section in the Kerala Police “is working against the accepted policy of the state government towards women and this is being done purposefully as there is a RSS gang in the police”.

Incidentally Raja was expressing concern after several young women were subjected to cruelty in the name of dowry, while some of them committed suicide.