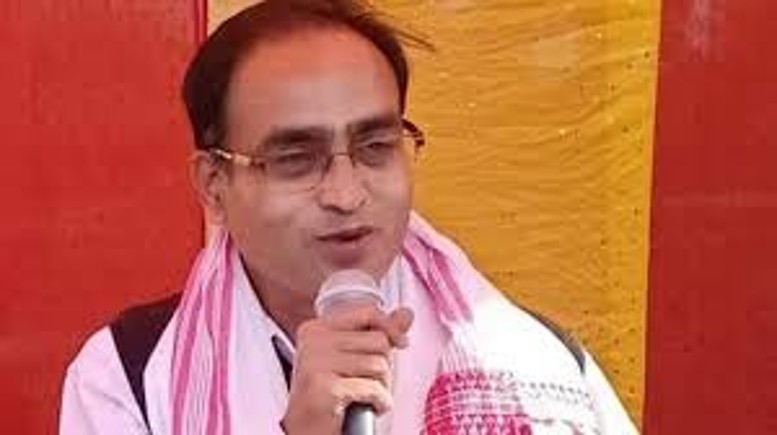 Assam Congress MLA Sherman Ali Ahmed has been arrested for making inflammatory remarks about the ‘martyrs’ of Assam agitation. He made the comment in support of the Bangladeshi Muslim encroachers calling the martyrs as “murderers”.

Ahmed made those remarks in defence of the Muslim encroachers, supposedly as a reaction to BJP and ally leaders accusing the Muslims of killing the martyrs in 1983 agitations. The encroachers in Sipajhar area of Darrang district had murdered 8 people during the six-year long agitation against Bangladeshi infiltrators.

The Assam agitation, or anti-foreigner agitation as it is known, was a reaction to illegal Bangladeshi settlers being added to the electoral roll in the 1980s. The indigenous people of Assam had launched a six year long protest against this demanding that illegal settlers be identified and deported. In the agitation in 1983, 8 people were killed by Bangladeshi Muslims in Darrang.

They are considered as martyrs of Assam and a memorial is being constructed in remembrance of 875 people who lost their lives in the agitation. Hence when MLA Ahmed dragged it to defend Bangladeshi Muslims and called them “killers” it drew severe criticism from even his own party. Multiple complaints were filed across the state following which he has been arrested.

Those who lost their life in the agitation have been recognised as martyrs by the Assam government. Mentioning this Ahmed said, “If we declare those, who went to kill people, as martyrs, it is legalizing an inhumane act,” claiming that those 8 people went to Dholpur in Darrang to kill Bangladeshi Muslims.

He defended the murder of the martyrs saying, “the attack on the eight people was an act of self defence by the Muslim population of that area”. Ahmed is the MLA of Bhagbar constituency where Bangladeshi Muslims are in large numbers.