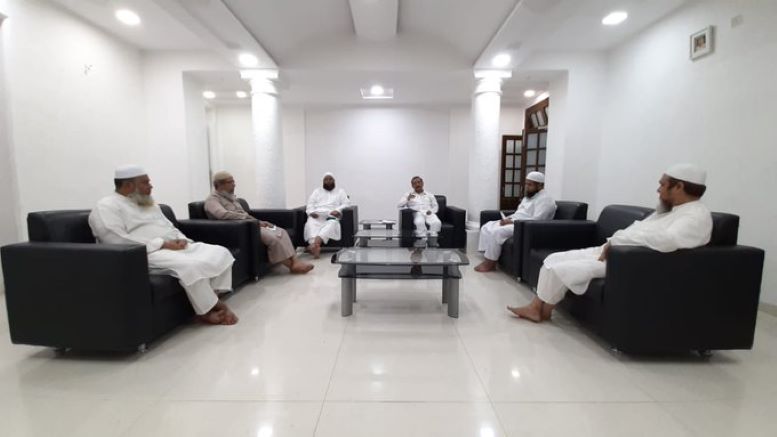 There has been a surge in corona positive cases all over Bharat after the Tablighi Jamaat (TJ) Markaz gathering in Nizamuddin, New Delhi as the attendees acted as carriers of this virus to every state in the country. Maharashtra is the worst affected state with numbers standing at 781 confirmed cases with 45 reported deaths (at the time of writing this article) and the number has been steadily rising by the day. The state’s capital and the country’s financial capital Mumbai has the highest number of cases. However, apologists and secular politicians have left no stone unturned in attempting to absolve the jamaatis of all their crimes.

The latest poster boy of secularism Maharashtra CM Uddhav Thackeray, who leads the Maha Vikas Aghadi (MVA) government, has warned people who want to spread ‘communal hatred’ by ‘blaming Muslims’. All this political correctness and votebank politics (Uddhav has learnt to be a true pseudo-secular in record time) while cases are being reported from Dharavi which is known as Asia’s largest slum. The case in Dharavi is very worrying because the living conditions there are very much conducive for the rapid spread of this virus. A spark in Dharavi is like a forest fire is very difficult, nay impossible, to contain.

So while Uddhav and his ministers including health minister Rajesh Tope continue their political correctness, their ally Congress leader Naseem Khan has admitted that the virus was spread in Dharavi due to Tablighi Jamaatis who had attended the Delhi event.  Asking the residents to be careful he stated that the people who attended the Delhi TJ meet have found to be infected with the virus. Later he even spoke to TV9Marathi where he stated that those who attended the Delhi markaz carried the virus to Dharavi and since another positive case came to his notice, the authorities have grid locked the area. As per the latest information total cases in Dharavi stands at 5.

It has also been learnt that the corona positive man from Dharavi who died on 1st April hosted 10 TJ members, 4 of who have left for Kerala. Test results of his 15 high risk contacts are awaited. Besides this, a doctor from Dharavi was also found infected with the virus.

The MVA government, however, has chosen to turn a deaf ear to one of their own ally leader’s warning. Maharashtra health minister and NCP leader Rajesh Tope invited a delegation of senior TJ leaders and, instead of asking them to ensure cooperation from within their ranks, assured them that the plans of some ‘anti-social elements’ who are trying to create ‘communal disharmony’ by running a propaganda against them (Tablighi Jamaat) will not be allowed to succeed!

The CM and his health minister are more concerned with political correctness and votebank politics in this hour of crisis while a leader from their own ally party has been forthright about the issue placing the blame at the doors of Tablighis. It is this dilly-dallying and indecisiveness which has made Maharashtra the most affected state and with cases being reported from Dharavi the situation is like a dormant volcano waiting to explode at the first available opportunity.