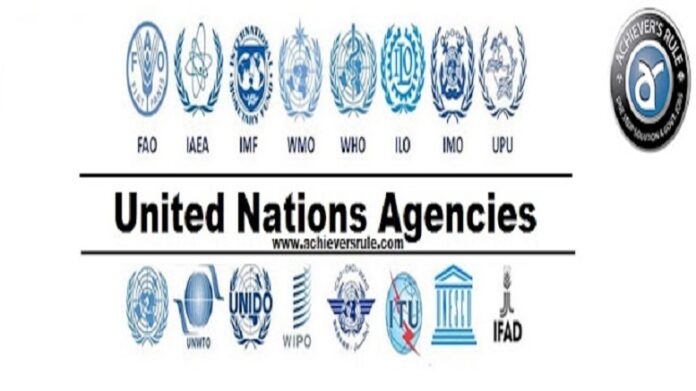 Has colonialism by white western nations ended for good or has it taken newer forms?

For example, the International Union for Conservation of Nature (IUCN), based in Gland, Switzerland, and a subsidiary of the World Commission of Protected areas has been ‘requesting’ Indonesia to put a moratorium on projects “impacting the critically endangered Tapanuli orangutan.” Last year, this request to halt the Batang Toru dam development project was reiterated by IUCN officials. It was due to Covid that Indonesian authorities ended up honouring the request made and halting the development work. This is just an example of how western developed nations continue to dictate terms to poorer developing countries through international agencies that supposedly work for ‘marginalized groups’, the environment, poverty alleviation, and other such concerns.

Lately, climate change has become one of the excuses to assert control over lesser developed countries. Through various mechanisms, developed nations which were formerly colonial powers, manage to dictate policies and control lesser developed nations. Apart from direct control of what are termed as ‘Overseas Territories,’ this is done through so-called philanthropic agencies, interventions for tackling Climate Change, and even through playing the role as peacekeepers.

Who funds and controls the various UN agencies, IUCN, and other such agencies?

A recent study by the Brookings Institution on funding of 53 multi-lateral agencies found:

The 53 agencies include 34 UN agencies and 19 other agencies. Based on the country-wise funding patterns, it is not hard to tell which countries have a say in formulating policies for these international agencies which in turn dictate to developing and lesser developed nations.

It must also be noted that the Gates Foundation is one of the major funders for four of these agencies as mentioned above.

Examples of so-called philanthropists like George Soros interfering in internal affairs of nations show another way in which Colonialism 2.0 operates. For example, in 2020, Soros moved the Delhi High Court against Bharat’s Home Ministry on its Kashmir policy and on the CAA. The list of think-tanks and the various programs funded by George Soros are available here.

Net zero is the globally agreed upon goal to mitigate global warming. Bharat had so far not specified the net zero year until the recent summit on Climate Change in which the PM has now set 2070 as the outer limit for net zero, but he also asked developed nations to do more. While the EU has committed to net zero by 2050, China, Russia, and Saudi Arabia have committed to net zero by 2060. But per this report, globally, only 12 countries have put this commitment into law. “These are Germany, Sweden, Japan, United Kingdom, France, Canada, South Korea, Spain, Denmark, New Zealand, Hungary, Luxembourg.”

Regarding how former colonial countries seek to control developing nations in order to tackle climate change, this report writes:

To a large extent, these discussions reflect a general controversy about the historical responsibility for colonisation (and neo-colonisation), when the present developed countries of the West accumulated their wealth and industrial power through the exploitation of raw materials from the countries and regions of the Third World. Now, in turn, it’s claimed that they limit the right to development for developing countries.

The report also puts forth the argument made by developing countries:

…The level of global warming that we have now is not due to emissions generated in recent years, but primarily due to the emissions of past periods of the industrial era, which were associated with colonialism. And in terms of the accumulated volumes of greenhouse gas emissions over the entire industrial era, Great Britain is in first place, followed by the other developed countries of the West.

US as an imperialist country

Even the US had tried to play down its own imperialist policies. It is not very widely known that Philippines and Guam were once US colonies and in general, US downplayed its role as an imperialistic nation. As the article states:

The proposition that the US is an empire is less controversial today. The case can be made in a number of ways. The dispossession of Native Americans and relegation of many to reservations was pretty transparently imperialist. Then, in the 1840s, the US fought a war with Mexico and seized a third of it. Fifty years later, it fought a war with Spain and claimed the bulk of Spain’s overseas territories.

Empire isn’t just landgrabs, though. What do you call the subordination of African Americans? Starting in the interwar period, the celebrated US intellectual WEB Du Bois argued that black people in the US looked more like colonised subjects than like citizens. Many other black thinkers, including Malcolm X and the leaders of the Black Panthers, have agreed.

…Then there are the military interventions. The years since the second world war have brought the US military to country after country. The big wars are well-known: Korea, Vietnam, Iraq, Afghanistan. But there has also been a constant stream of smaller engagements. Since 1945, US armed forces have been deployed abroad for conflicts or potential conflicts 211 times in 67 countries. Call it peacekeeping if you want, or call it imperialism. But clearly this is not a country that has kept its hands to itself.

Overseas territories as a means of control

In other ways too, colonialism has not truly ended. Western nations still continue to have overseas territories. Many of the countries that colonized and looted other countries continue to maintain ‘Overseas Territories’. For example, Denmark has the Faroe Islands in Greenland while Australia has several islands like the Norfolk Island. France controls French Guyana and French Polynesia apart from New Caledonia and territories near Mauritius, Madagascar, and others. The UK still controls many such territories including Bermuda, Cayman Islands, and Faulkner Islands So does USA which has many territories including Puerto Rico and American Samoa. Other countries like Denmark and The Netherlands too own and control overseas territories (details here).

These overseas territories have very little autonomy and even the UN classifies them as non-self-governing territories. UN efforts towards freeing these territories through campaigns like the Eradication of Colonialism are ongoing.