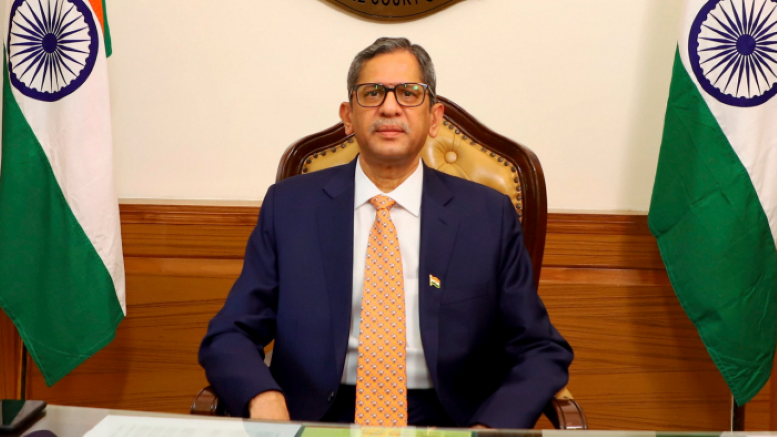 Chief Justice N.V. Ramana on Tuesday observed that independent journalism is the backbone of democracy and the media must confine itself to honest journalism without using it as a tool to expand its influence and business interests.

“When a media house has other business interests, it becomes vulnerable to external pressures. Often, the business interests prevail over the spirit of independent journalism. As a result, democracy gets compromised,” he said at at the release of book “The Geeta Vijnana Upanishad” authored by Gulab Kothari.

The Chief Justice stressed that independent journalism is the backbone of democracy and journalists are the eyes and the ears of the people. “It is the responsibility of media houses to present facts. Especially in the Indian social scenario, people still believe that whatever is printed is true. All I want to say is that the media must confine itself to honest journalism without using it as a tool to expand its influence and business interests,” he added.

The CJI, who had been a journalist for some time before entering the legal profession, said that a brilliant story filed by a journalist, which he/she had filed after taking risks and putting in a lot of hard work and energy, is killed at the desk.

“It is thoroughly demoralising for a genuine journalist. You cannot blame him or her, if they encounter such situations repeatedly and lose faith in the profession,” he said.

He pointed out that there is still a huge lacuna when it comes to systemic support for journalists in India. “Unfortunately, we still do not have an award which is comparable to the Pulitzer, and neither do we produce many Pulitzer winning journalists in India. I urge upon all the stakeholders to introspect as to why our standards are not considered good enough for international recognition and laurels,” said the Chief Justice.

He said it is equally important for us to critically engage with the texts one read. “It is vital that we question the books we read, the people who write them, and refuse to blindly accept the information that we encounter. A well-informed and rational citizenry is crucial for healthy development of the nation,” he said.

On July 23, Justice Ramana hit out at electronic and social media ‘trials’, saying that media run ‘kangaroo courts’ at times on issues and even experienced judges find it difficult to decide.

“New media tools have the enormous amplifying ability but appear to be incapable of distinguishing between the right and the wrong, the good and the bad and the real and the fake. Media trials cannot be a guiding factor in deciding cases,” he said in the speech.