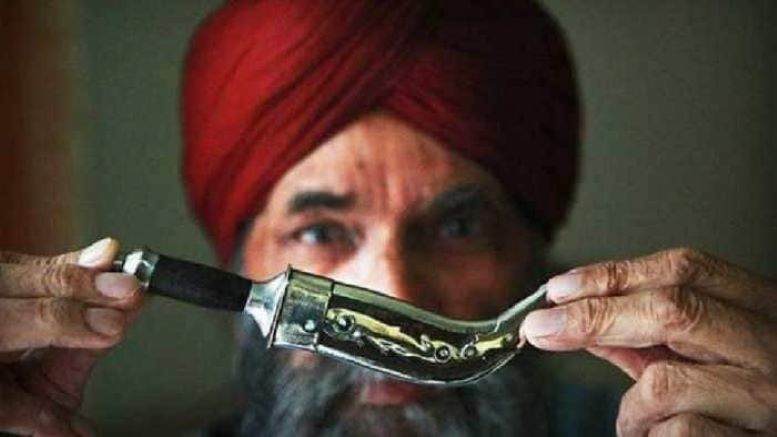 The civil aviation ministry has relaxed its rules to permit Sikh staff and passengers to carry the Kirpan while an earlier order had barred the same for employees. As per the relaxation, Sikh employees and passengers have been permitted to carry the Kirpan provided the length of its blade does not exceed 15.24 cms (6 inches) and the total length of the Kirpan does not exceed 9 inches. The bureau of civil aviation security stated that “It is allowed while traveling by air on Indian aircraft within India”.

“Bureau of Civil Aviation Security (BCAS) order of 12th March restores the position before 4th March. The para restricting entry of Sikh employees inside the airport carrying Kirpan of specified size has been deleted”, noted ANI.

The move comes after a recent incident at Amritsar’s Sri Guru Ram Dass Jee International Airport where an employee was barred from doing duty since he carried the Kirpan on his person in keeping with the provisions of the new order to which several Sikh organizations had raised objections.

“In their own country, this discrimination is a major attack on the religious freedom of the Sikhs, which will never be allowed to be implemented. The Centre should never forget that the Sikhs have remained at the forefront in making sacrifices for the freedom of this country and if the culture of the country survives today, it is because of the Sikhs”, SGPC (Shiromani Gurdwara Parbandhak Committee) President Harjinder Singh Dhami had said then while registering his protest against the new rule.

However, several social media users have raised objections to the relaxation pointing out security threats. They have also highlighted the fact that anti-social elements could take advantage of the relaxation to carry out terror activities.

Another danger of such relaxations based on religious sentiments is that members belonging to communities such as Rajputs and other Kshatriya groups can also raise similar demands. We must not forget that this move is particularly dangerous in the current phase of immense Sikh radicalization where Bhindranwale is being openly hero-worshipped.

In the Republic Day violence unleashed by Khalistani elements last year, one of the accused identified as Maninder Singh was seen swinging swords. “That sword-swinging had motivated violent protesters to cause more mayhem at the Red Fort by indulging in all sorts of violence against the public servants, including policemen on duty there and causing damage to the historical monument of Red Fort,” P.S. Kushwah, DCP Special Cell had said back then.

Reports state that the hijackers of the 9/11 attack used utility knives. It must also be remembered that Khalistani Sikh militants of Babbar Khalsa have been involved in flight bombings earlier and with Khalistani terrorists raising their heads again, this move doesn’t augur well for the safety and security of air passengers. In view of these facts, it is high time that any kind of special permission on flights is ended altogether.