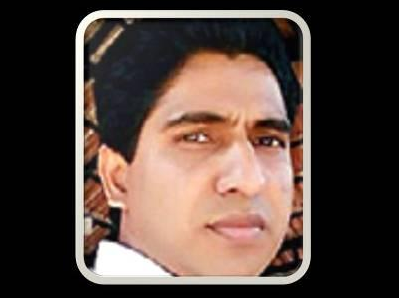 A Christian priest, Fr. Saji Joseph, in Kerala has been arrested for allegedly sexually assaulting two minor boys at a children’s home, police said on Tuesday. The victims were staying at St. Vincent’s ‘Balbhavan’ in Meenangadi where the priest was working, a police official said. The incident reportedly took place during the vacation time last year.

Fr. Saji Joseph was arrested following complaints from the parents of the children. He was absconding for the past three days and was arrested from Thamarassery near here on Monday. The priest who hails from Kottiyoor in Kannur district hid at various places, including Mangaluru.

Police said Joseph has been charged under section 377 (unanatural offences) of the Indian Penal Code, and relevant provisions of the Protection of Children from Sexual Offences Act (POCSO) and the Juvenile Justice (care and protection of children) Act.

A news report in Deccan Chronicle informs us –

“One of the boys had revealed to parents that he was subjected to  sexual abuse by the priest  last year.

The family informed the Parents Teachers’ Association of the school and later to the Childline volunteers. During the inquiry by Childline, the child had named another boy who was also subjected to sexual abuse. The case was registered under the report of Childline to Superintendent of police Rajpal Meena. On complaints from parents earlier the priest was transferred to Angamally. “

The fact that the priest was transferred would suggest that Church authorities tried to cover up the case instead of working with law enforcement to prosecute the criminal. This disturbing trend has been observed in many past cases of child sex abuse involving Christian clergy as well.

Child sexual abuse in Christian institutions like orphanages, schools, seminaries, hostels etc is a huge issue in Bharat and abroad – but it has never made headlines due to effective media management and the Church’s deep influence on power centers, especially the secular-liberal elites of Bharat.

On February 28, a Catholic priest Robin Vadakkancheril (48) had been arrested on the charge of raping a minor girl who later gave birth to a child. Vadakkancheril was a vicar at the St Sebastian’s Church in Kottiyoor. What was even more sickening in that case was how both the girl and her father were pressured by the Church authorities into falsely admitting that she was raped by her own father.

The excommunicated and defrocked former priest, Shibhu Kalamparampil in his autobiography, Oru Vaidikante Hrudayamitha (Here is the Heart of a Priest), likened nunneries to brothels.

It is time that we had an open discussion on the institutionalized manner in which sexual abuse is being carried out in various Christian organizations, with indifference at best and active connivance at worst of Church higher-ups.