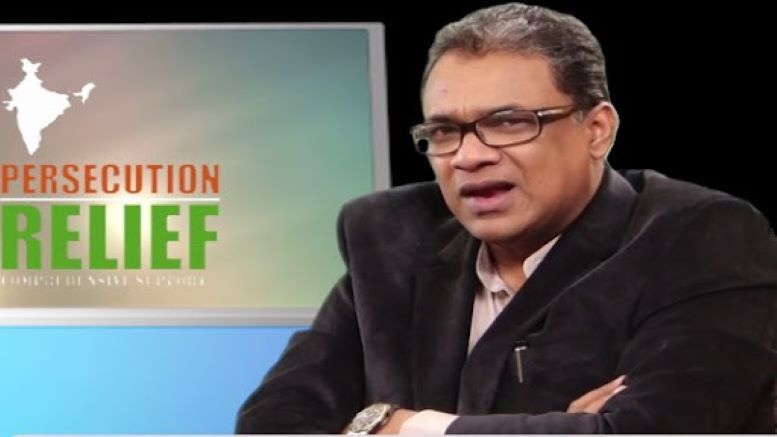 We reproduce below a summarized version of the article published by The Commune Mag exposing Christian Missionary NGO Persecution Relief which claims to be working for persecuted Christians but is actually running anti-Bharat propaganda.

The NGO  collects data of skirmishes between the locals and evangelists who visit villages for proselytization and cunningly projects the same data as supposed persecution of Christians in Bharat. Isolated incidents of clashes are painted with the communal color so that the NGO  can leverage the situation by projecting Bharat as a country intolerant to Christians and tarnish the image of Hindus internationally.

The NGO  labels ordinary innocent Bharatiya Hindu citizens as religious fanatics for resisting attempts by Chrisitan evangelists. Further, wide discrepancies have been found between the narrative peddled by the NGO Persecution Relief and actual reports published in reputed newspapers/websites as well as the police reports.

Analysis conducted by Legal Rights Protection Forum (LRPF) on 8 cases of alleged ‘persecution’ as reported to international agencies by Persecution Relief, concluded that most of them are everyday crimes and not hate crimes. Some of the cases were tussles between local villagers and Christian evangelists who had come to proselytize.

Persecution Relief is a Christian NGO  set up by one Shibu Thomas who hails from Bhopal in Madhya Pradesh. The NGO collects information regarding incidents where allegedly Christians have been persecuted and passes on the information to international organizations such as the United States Council on International Religious Freedom (USCIRF), a body of Christian Crusaders, waging a religious war stealthily on native religions and cultures.

This is a well-organized group having a wide network of 300 Whatsapp (WA) groups spread over 28 states with district and state-wise coordinators. Its 50000 strong members from various churches across the country make it easy for this NGO  to collect and disseminate information regarding the so-called attacks and arrests of Christians.

The NGO  runs a toll-free helpline where anyone can report incidents about the persecution of Christians. It also regularly publishes persecution reports which are then used by organizations such as the Federation of Indian American Christian Organizations of North America (FIACONA) to lobby with the US authorities to list Bharat as a “country of particular concern” and bring sanctions on Bharat.

Persecution Relief is a notorious Christian Missionary NGO that is out to destroy native culture and religions in cohorts with bodies such as the United States Council on International Religious Freedom (USCIRF), a body of Christian Crusaders which has also been waging a religious war stealthily on native religions and cultures.

The US lawmakers and members of USCIRF have listed Bharat as a “Country of Particular Concern” with respect to religious minority rights on the basis of the NGO’s reports. LRPF has analyzed 8 alleged persecution cases and found that they were isolated incidents of crime that were given a communal twist just to blame the Hindus.

In a webinar named “FIACONA Webinar November 2020” held on 17th November 2020, the members of FIACONA expressed their satisfaction at getting Bharat included in the top 14 countries, moving from 28 in 2015 to top 10 in the persecution of minorities but regretted that they could not get sanctions imposed on Bharat by the US government. This clearly gives away their anti-Hindu and anti-Bharat agenda.

Shibu Thomas claimed that he was a member of the BJP  minority cell in MP till 2015 when he left the party to form the NGO Persecution Relief. The timing is highly suspect because until 2015 USCIRF did not list Bharat as a country of particular concern.

Furthermore, Thomas’s closeness with the Congress party cannot be ignored. Besides claiming to have gotten a positive response from Congress President Sonia Gandhi regarding Chhatisgarh’s Kondagaon incident, Thomas says that the current Congress dispensation in the state has also given them an appointment to present their case with respect to the incident.

In February 2019, Shibu Thomas met Rahul Gandhi who was then Congress President, and handed over him a copy of the “Persecution Relief Annual Report – 2018”. Besides, ex-defense minister AK Anthony is said to have facilitated the meeting between Thomas and current Jharkhand CM Hemant Soren who had assured that he would repeal the anti-conversion law.

LRPF has now written to the Ministry of Home Affairs asking it to conduct a thorough investigation of both Shibu Thomas and his NGO Persecution Relief as well as examine their claim of 2224 incidents cited in its reports.