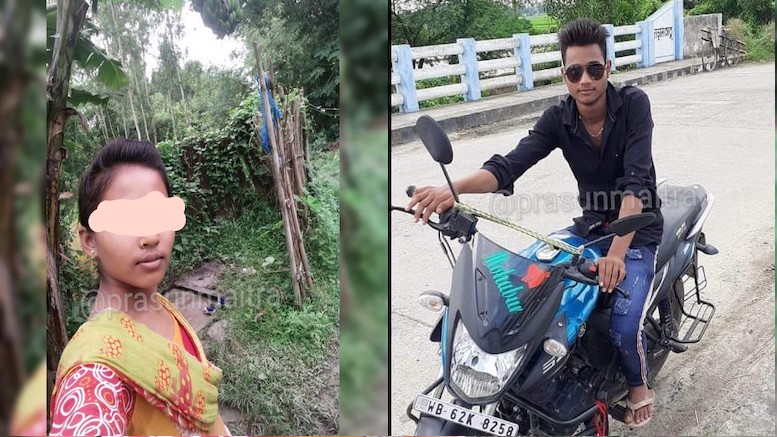 The charred dead body of 17-year-old girl half eaten by animals, was recovered in West Bengal’s Kumarganj, South Dinajpur district on Tuesday. The body has been identified as Pallavi (name changed) who belonged to a poor Hindu Rajbanshi family. It is being alleged that Pallavi was raped before being murdered, but post-mortem results are awaited to confirm this. We spoke to human rights organization SinghBahini, that works with disadvantaged Hindu communities in West Bengal and nearby states, which is fighting to get justice in this case having eerie parallels with the Hyderabad gang-rape and murder of a veterinary doctor.

Pallavi’s family was planning to get her married and a marriage prospect was to visit their house on Sunday, the day she went missing. She had left the house saying she was visiting the nearby market place to buy some sheets. She then went missing and her mobile phone was found to be switched off. The family looked for the missing girl all night but couldn’t trace her.

On Tuesday, they received a call from the police and went to the morgue to identify the charred, half-eaten body as their daughter’s, says the brother of the victim. The family alleges that she was raped before being murdered and burned.

As per news reports, 17-year-old Pallavi was romantically involved with Mohabur Rahman. This relationship was fanned by her distant-relative, Gautam Burman and another friend of the two, Pankaj. Mohabur Rahman, Gautam Burman and Pankaj Burman, being school drop-outs, had been working as labor / daily -wage earners in Goa. Recently, they had left that job and returned home, where they met Pallavi and Mohabur and Pallavi started seeing each other.

Since the past few days, they had been on sour terms and to work things out, Mohabur had called Pallavi to meet him. Pankaj and Gautam were also present when she met Mohabur trusting that they would work things out. They roamed around on their bikes the whole evening and the men indulged in drinking as well, after which she was taken to an isolated ground in Belghar and was allegedly gang-raped by Mahabur and his accomplices from 5 PM to 9 PM. When Pallavi turned unconscious, Mohabur took a sharp knife and slit her throat. Then, they poured petrol on her and set her on fire while she was still breathing.

All three have been taken into custody and an investigation is being carried out by Kumargunj Police. District SP Debarshi Dutta stated that, on Tuesday they were presented at the Belurghata District Court. They will be held in police custody and presented in court again on the 16th of January. Further investigations are ongoing.

Local BJP MP Sukanta Majumdar has condemned this incident in strong words, declaring that a major agitation will be forthcoming if these culprits are not dragged to justice fast.

Few months ago, another poor girl from Hindu Rajbanshi community suffered a similar fate at the hands of a Bangladeshi Muslim man who presented himself as a Hindu to start an affair and impregnate her, before brutally raping and murdering her.