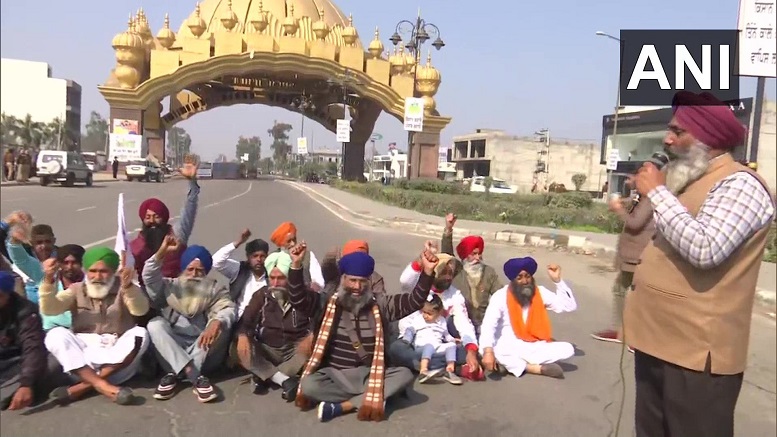 Loosely translated, a Chakka Jaam is a form of protest done by deliberately blocking roads to create traffic jams. Nowhere else other than in democratic Bharat is it used so effectively to cause inconvenience to the citizens and road users. The real casualties are the sick and the vulnerable since ambulances too are blocked. The local administration and courts usually turn a blind eye to this unique form of protest.

One such Chakka Jaam was announced by the so-called farmers unions yesterday from twelve noon till three. They are the same unions that had created a ruckus in the name of a tractor rally on Republic Day. They had torn through barricades, resorted to vandalism, beat up police and security personnel, and enabled Khalistanis to storm the pride of Bharat, the Red Fort in Delhi.

This time around it seems they have lost their clout even among the few farmers that had supported them previously and the whole drama collapsed like a house of cards. That the security apparatus was strengthened was also another reason. Participation was low and large crowds were only seen in some parts of Punjab, otherwise it was mostly sporadic gatherings excessively hyped up by media.

Unfortunately, even after the Red Fort violence, the farmer unions allowed pro-Khalistan elements to again make their presence felt – this time through Bhindranwale flag-waving extremists at a Chakka Jam in Ludhiana.

As usual, there was covert help from opposition political parties including the Congress, the AAP, Communists and assorted fringe elements. The AAP on its part had withdrawn public sector buses being used in Delhi by police and other security services ferrying them to and from protest sites. The Punjab Government (ruled by the Congress) appointed 70 lawyers for free to provide legal aid to the miscreants arrested for the rioting in Delhi on Republic Day; this despite the grievous economic loss caused to the state by these same protestors, who also damaged and vandalized 1561 mobile towers all over Punjab. That destruction of property had occurred after the same farmers unions began their revolt on Delhi’s borders against the farm reforms, since November 26th. 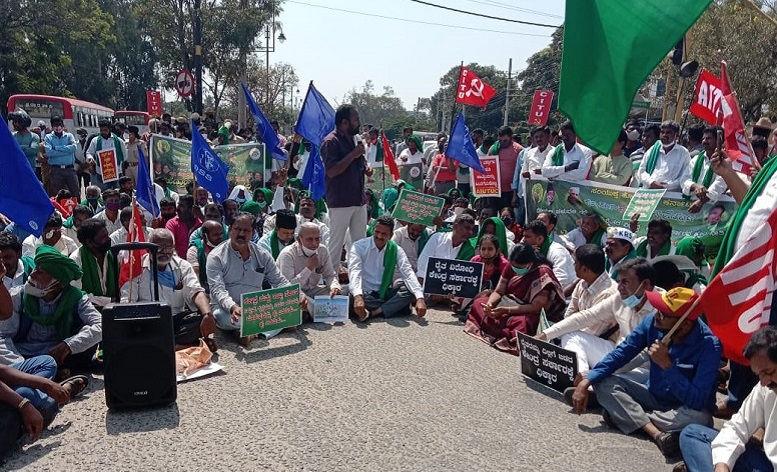 All though the farmer unions protesting on Delhi’s borders have been desperately claiming that they represent farmers across the country, the abysmal response to the Chakka Jaam in states like MP and Odisha told a different story.

Honest taxpaying citizens have been wondering why the Central Government was not using force to clear the illegal occupation of roads and public spaces for so long. But some have claimed that the wait and watch policy of the government is having an effect, as was evident in the tepid response towards the Chakka Jaam. It is also noteworthy that the Narendra Modi government is hell-bent on bringing the perpetrators who cause damage to private and public property, to book. Multiple cases have been registered against the guilty under various sections of the IPC and many have been arrested. In the age of high-tech security cameras and surveillance drones, the need for such tough policing is also unnecessary. The policy is simple, you break it and you pay for it.

Rakesh Tikait, who seems to have taken over the leadership mantle of these protests after 26 Jan had declared beforehand that the Chakka Jaam wouldn’t happen in Uttar Pradesh and Uttarakhand! Both are BJP ruled states. When asked why there were no plans for the Chakka Jaam in some states, the lame excuse was that they had information that ‘unruly elements’ were trying to infiltrate the protests. The real reason appears to be that under the strong leadership of the UP CM, Yogi Adityanath, any law and order issues were being handled almost instantaneously.

Seeking a way out of this embarrassment, Khalistani propaganda mouthpieces like @/TimesTrolley (recommended by Greta’s toolkit) stooped even lower with their propaganda, blaming the government for dropping bombs on farmers! In the public view, more than anything else this has brought forth their desperation. They were not able to provide any evidence for such a reckless allegation. In the end, having lost whatever little public support the farmers unions had, the Chakka Jaam turned out to be a damp squib.