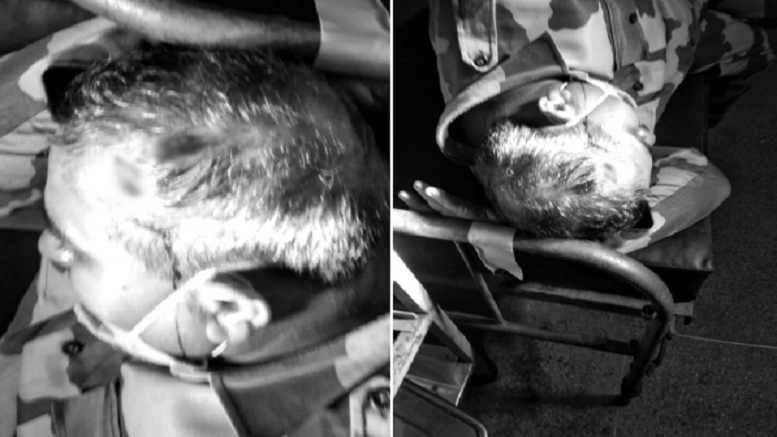 The incident took place around 11.25 a.m. on Saturday in Dakshin Dinajpur district in West Bengal when the BSF troops on duty detected movement of 8-10 cattle smugglers along with cattle coming from Bharatiya side along the bank of Chhoti Jamuna river with an intent to cross the cattle towards Bangladesh side.

The BSF troops challenged the smugglers to stop but the transborder cattle smugglers aggressively encircled and assaulted BSF troops with sticks during which one of the BSF troops sustained injury on his head, reveals a statement issued by the BSF.

“Injured BSF personnel has been evacuated to government hospital in Hili for medical treatment and his condition is presently stable,” said the statement.

The BSF, one of the seven Central Armed Police Forces (CAPFs), is mandated to guard 4,096 km Bharat-Bangladesh and 3,323 km Bharat-Pakistan borders to curb illegal trade, infiltration and other crimes along with ensuring security to the country.

The 2.5 lakh personnel strong force, BSF, has been facing cattle smuggling menace for years as the smugglers had earlier also assaulted the BSF troops who used to avoid firing bullets to stop them during their movement while engaging in the illegal trade.