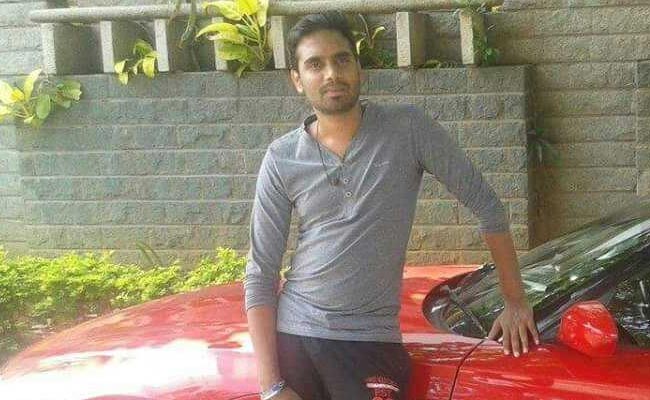 On 1 Feb, BJP worker Santosh was stabbed to death in Bengaluru by Waseem, son of Congress block leader Khader, due to an argument over putting up banners of BJP’s just concluded Parivarthana Rally.

Karnataka has seen a climate of utter permissiveness when it comes to murder of Hindu political workers, during the present Siddaramaiah-led Congress regime. The brutal daylight hacking of RSS swayamsevak Rudresh R by 4 Muslim fanatics with PFI links, was the most gory example of this culture, but despite all the murder & mayhem, CM Siddaramaiah and his Congress bosses keep getting a free pass on the law & order front from our liberal national media.

The murder of Santosh is a case in point. Here are the facts of the case, which are indisputable:

1.) The deceased Santosh was a BJP party worker, as was his brother. The family members allege that Santosh was trying to put up banners of BJP’s Parivarthana Rally & Vivekananda Jayanti before that – acts for which he faced opposition from Wasim. They also allege that Santosh had approached JC Nagar police three months ago complaining against Wasim for consuming drugs in the area and also for threatening him, but the police turned him away.

2.) Santosh, a goods auto rickshaw driver, along with his friends Ashok, Rajesh, Ravi, Vijay and Vicky was moving around the Chinnappa Garden area in JC Nagar when the group ran into Wasim, Philp, Umar and Irfan near Tirumala bakery. The two groups are said to have got into an argument and Wasim then stabbed Santosh on his right thigh. Santosh began bleeding profusely and his friends rushed him to Mahaveer Jain Hospital where he died while undergoing treatment.

3.) Main accused, Wasim, is the son of the block leader of Congress party, Khader, and runs a bakery near his house. Umar works for a finance firm. Philip is a gym instructor and Irfan is a tailor by profession.

Given all the facts at hand, and the fact that Santosh was murdered just before a hard-fought election battle for the Karnataka assembly is about to commence, one would imagine the media posing some hard questions to the Congress CM, more so because the main accused is a son of Congress block worker? How would our English language media have reacted if a BJP worker were accused of murdering a Congress worker in a similar fashion in a BJP-ruled state? BJP – both state and national – leadership would have been hauled over the coals, and rightly so.

And lets put the political angle aside. How were the Junaid Khan & Mohammed Akhlaq murders played up by our media? Junaid Khan, along with his brothers, got into a dispute over a seat on a daily passenger train and was stabbed in the process, while Akhlak slaughtered a calf that was dear to Hindus in the village & was attacked because of that – both murders were clearly over personal arguments that went horribly wrong. But how were those murders represented by media? Even though Akhlak’s death happened when SP was in power in UP – it was BJP, and specificially the Narendra Modi led NDA Government, that was held directly culpable for the crimes, and for creating the so-called ‘climate of intolerance’ that we were told repeatedly was behind those murders. The nation was shamed on international platforms for those two murders, and the entire Hindu community was held accountable.

So why not simply question if Siddaramaiah has created an enabling environment wherein Hindus, and especially Hindu activists, are being killed with impunity?

But the entire media ecosystem has done their best to sweep this murder under the carpet and propagate the Congress line that it is just a ‘petty crime’. The two phrases that have been used most commonly in various media reports for this incident are – Personal enmity, Politicking over murder. Siddaramaiah has even gone so far as to dismiss that the deceased had anything to do with BJP (“Youth killed in JC Nagar wasn’t BJP worker: CM Siddaramaiah”) – this despite Santosh’s family openly stating the opposite. Yet, the CM has gone unchallenged, and so has his Party President Rahul Gandhi.

Guess, Hindus in this country just don’t have the right to define their own experiences – they must abide what their secular overlords define for them. The only thing that concerns our left-liberals when they are forced to acknowledge a Hindu death, is that the issue “not get politicized” and that “communal harmony is maintained” at all costs. That’s really all that a Hindu life is worth in their eyes.