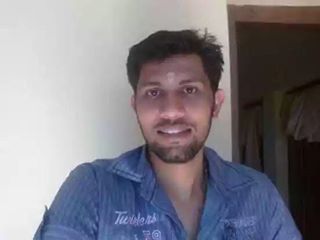 Another BJP worker has been hacked to death in Kerala – this time in Pinarayi village, Kannur. Remith, a 27 year-old driver in the Gulf who had returned on leave, was killed today by suspected CPM cadre. His father Chavassery Utahman was killed in 2002, allegedly also by CPM goons. Remith was his widowed mother’s only support.

This latest attack comes in the Assembly Constituency of Kerala CM Pinaryi Vijayan.

As per this report,

“A BJP worker was hacked to death by suspected members of the CPM today in Kerala’s Kannur district, the state police said. The victim has been identified as 32-year-old Remith. He was killed in front of a petrol pump in Pinarayi village around 10 am, a police official said. According to sources, Remith’s father Unnithan was also allegedly murdered by CPM workers in 2002.”

Writer & columnist Advaita Kala who has been tracking Communist terror in Kerala which has seen over 267 Hindu activists being murdered in the last 50 years, expressed the pain & anguish over another young life being snuffed out –

If CM @vijayanpinarayi cannot control the violence in his own village – where is the hope? #kannur https://t.co/d2z3gq0bBb

While CPM General Secretary Sitaram Yechury pontificates about peace with Pakistan and lectures the NDA Government to deal with compassion with protesters in Kashmir, he turns a blind eye to violence in Kerala which has seen a significant upturn since CPM’s commanding victory in the 2016 Kerala Assembly polls.

Those who want to understand the roots of the political violence in Kerala can refer to this article. In 2014, Congress MLA A.P. Abdullakutty, who was earlier with CPM, had revealed that in 2008 then CPM State Secretary & now Kerala CM Pinarayi Vijayan had asked his party workers to follow the Bengal communist style of killings opponents – ‘bury their bodies in a deep pit along with a sack of salt. The world never comes to know about the blood, photographs or the news about such killings.’.

Sadly, the likes of Pinarayi Vijayan and Sitaram Yechury are not held accountable for the actions of their party workers by our secular-liberal national media – only because the communists form an important constituent of the ‘secular’ bulwark against ‘communal forces’ i.e. RSS/BJP.