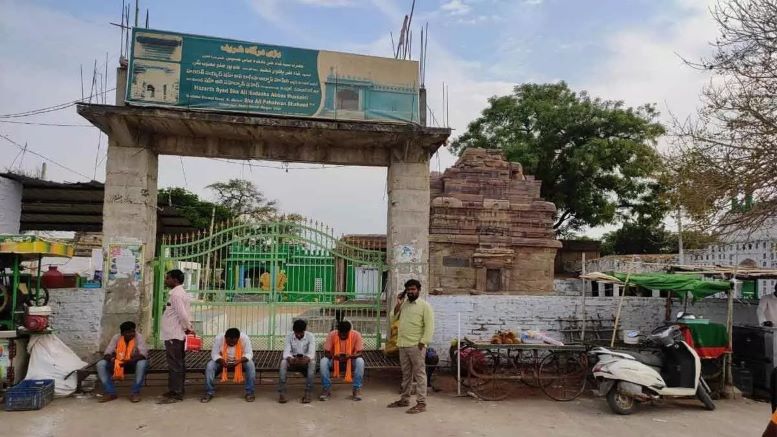 Telangana BJP MLA Raja Singh has written a letter to the Archaeological Survey of India (ASI) seeking the removal of a Dargah constructed within the Jogulamba temple premises. The Jogulamba Temple is a Shaktipeeth where Maa Sati’s upper teeth fell.

Raja Singh highlighted the significance of the temple to Hindus in general and Shaktas (worshippers of Shakti) in particular, the temple was one of the Maha Shakti Peethas, a group of eighteen (Ashtadasa) temples considered the most significant shrines and pilgrimage destinations. He also brought to light the fact that the temple is housed in the Navabrahma temple complex which is a group of nine Shiva temples constructed in the seventh-eighth centuries.

“The temple was included under the PRASAD (Pilgrimage Rejuvenation Advancement Drive) scheme of the Government of India in 2019 and was being maintained by the Archaeological Survey of India, Hyderabad Circle”, Raja Singh mentioned in his letter.