Give
HinduPost is the voice of Hindus. Support us. Protect Dharma
GIVE
31.4 C
Varanasi 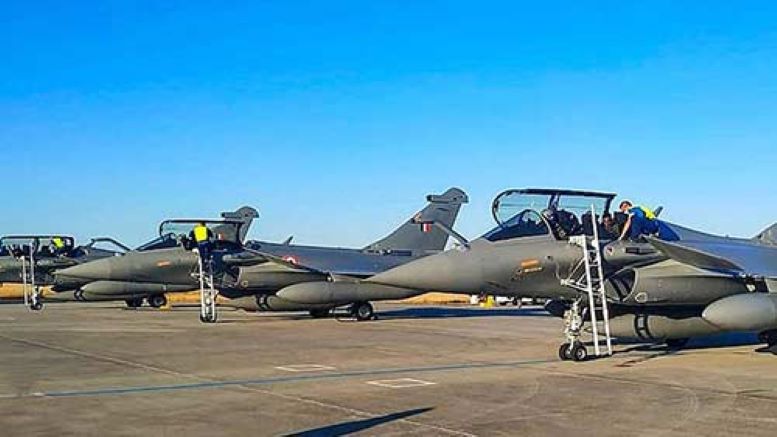 Rafale radars modules have been made by Bharat Electronics Limited (BEL) on the basis of the technology transfer made by the French company thereby indicating that the collaboration of the French company with BEL has started yielding results.

An official statement on Wednesday said that

NSE -0.53 % has delivered transmit/receive (T/R) modules to Thales for the RBE2 radar that is used by Rafale fighter aircraft. BEL delivered these modules to Thales after the French company transferred its technology as per the Rafale fighter jet purchase agreement between India and France. The BEL’s engineers were trained at the French facility of Thales as per the offset agreement.

The Thales said that “The modules produced in India (by BEL) are then integrated with the RBE2 radar in France. BEL and Thales teams are, thus working closely to transfer advanced technological know-how”.

The first batch of five Rafale jets arrived in Bharat from France on July 29, 2020 A total of 11 Rafale jets have been delivered by its manufacturer Dassault Aviation till now.

V Gowtama, Chairman and Managing Director, BEL, said, “We are happy to be associated with Thales in delivering the transmit/receive modules for the prestigious Rafale program The Thales and BEL teams ensured that the ToT (transfer of technology) happened seamlessly”.

He further stated that “We have augmented our facility in Bangalore to meet the requirements of manufacturing this state-of-the-art sub-system. We look forward to working together on many more such challenging assignments with Thales”.

As per the agreement between the two companies, BEL has produced and delivered Transmit and Receive modules (T/R) for the Advanced Electronic Scanned Array (AESA) radar on the rafale jet. These modules are very important in the performance of the radar’s active electronic scanning as they enable it to steer the radar beam.

The technology transfer process was initiated at the end of the year 2017 and the process was inclusive of validation of the company’s technical capacity to deliver prototypes, qualifying the various technologies involved in the wiring process, and setting up a dedicated SMC wiring production line with a preproduction run.

Vice President and Country Director of Thales in Bharat Emmanuel De Roquefeuil has issued a statement in this regard expressing his happiness at their collaboration with BEL yielding positive results. The Hindu quotes him as saying:

“We’re delighted to see our collaboration with BEL delivering results, with the radar, transmit/receive modules for the Rafale India program being produced in Bangalore in line with the Make in India policy. The Thales teams are fully mobilized alongside our partners Dassault Aviation in France and BEL in India”.