Man sentenced to death for kidnapping-murder in Bangladesh, arrested after 7 years near Delhi 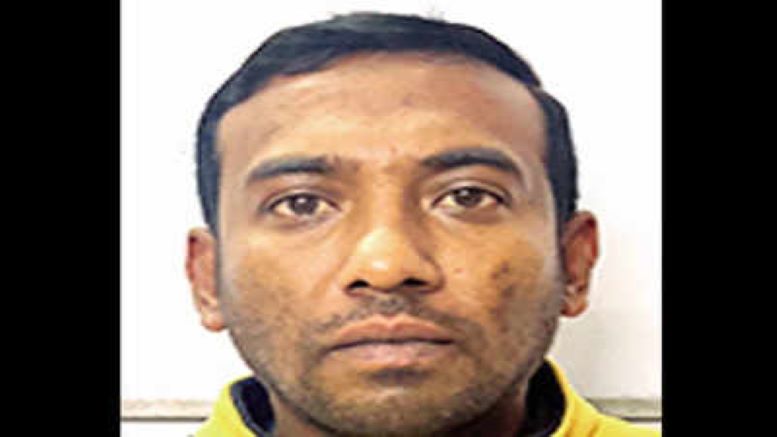 A 40-year-old man from Bangladesh who is on death-row was arrested by the Crime Branch of Delhi Police acting on a tip-off from Bangladesh. The fugitive had run away from Bangladesh many years ago and entered Bharat with the help of one Sarbar. The arrest of the man named Masoom was confirmed by Additional Commissioner (Crime) Shibesh Singh who said that the Bangladesh high commission has been contacted for the further process of deporting the man.

However, the possibility of Masoom having committed another murder in Bharat has been expressed by sources privy to the information. As per DCP (Crime) Bhisham Singh’s statement, a man named Sarbar who had helped Masoom and sheltered him has been missing for several years now.

Police also learned that Masoom was now married to Sarbar’s wife and was in possession of the missing man’s identity documents. He had also been using Sarbar’s alias for the last few years. A special task force under ACP Pankaj Singh is now probing the suspect’s possible crimes in Bharat.

Reports indicated that during the course of interrogation, Masoom had confessed to having murdered one Jahidul Islam during a robbery attempt in 2005. He and his accomplice had supposedly kidnapped the man from his mobile shop in Madhya Nalbunia Bazar in Bangladesh. Islam’s beheaded body with stab wounds was found days later.

Bangladesh police had then arrested all the accused and brought them to trial in the court of the additional sessions judge, Bagerhat. Masoom was found guilty and sentenced to death. DCP Singh said, “Masoom was sentenced to death in 2013 in a kidnapping-murder case in Bangladesh. Reportedly a reward of Rs 1 lakh taka for information about his whereabouts had been announced by the Bangladesh police”.

The Crime Branch is now attempting to trace Masoom’s wife, Nazma, who is believed to be living in Bengaluru at present. The police are still verifying details about the man but it has come to light that Masoom managed parole on some pretext and then made good his escape.

ACP Singh said that after arriving in Bharat, Masoom went to Bengaluru and worked at a scrap godown with Sarbar. A few months later Sarbar had to return to Bangladesh for some work however he is said to be missing since then. “Masoom and Nazma starting living like a married couple and he began his own scrap business in Sarbar’s name,” informed the additional CP.

Masoom often visited Delhi and was in touch with business acquaintances in Seemapuri and Sangam Vihar. He began buying and selling scrap in Delhi and other states. Informers tipped off ACP Singh about Masoom’s whereabouts and activities a few weeks ago. Accordingly, the police put him under surveillance and began monitoring his activities.

Once the identity of the fugitive Masoom was confirmed, a team arrested him from Khanpur. The Delhi police have recovered a pistol and two cartridges from him. An FIR has been registered against him under the Foreigners Act and the Arms Act. DCP Singh added that the STF has arrested many Bangladeshi criminals which has lead to a decline in the movement of criminals from Bangladesh to Bharat.

This case, however, brings to light the fact that the borders of Bharat have been porous allowing criminals to easily escape from the neighboring nations settle down in the cities and towns of Bharat with changed identities.