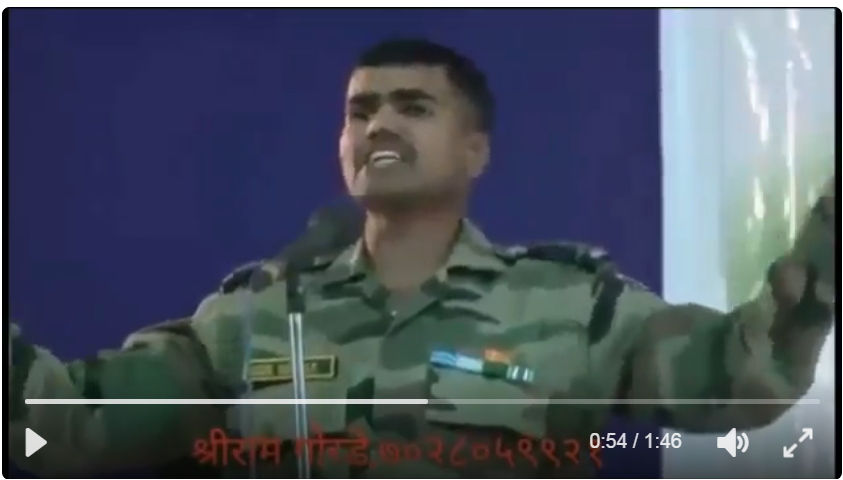 Here is what a soldier has to say to these elements –

Pain runs deeper than the Ocean. Very sad that our jawans are forced to speak with heavy heart. pic.twitter.com/1AbLScDnor

English translation of what the Army jawan said –

“We kept fighting against terrorism, Maoism/Naxalism for the country, but did not realize that the greatest danger to the nation comes from those traitors who raise slogans like ‘death to India’, who burn our flag while living the country, who say “Afzal, we are ashamed that your killers are still alive”. It hurts when thousands of people stand behind such elements.

The master mind of the Mumbai 1993 blasts, Yakub Memon, was given a death sentence by the courts – what disturbs me is when a huge crowd of sympathizers attends his funeral procession. Friends, no one raises their voice for soldiers who are martyred everyday while defending our borders, but when the Army conducts a surgical strike inside Pakistani territory, then many of our own people demand proof from the Army about the surgical strike….that is when we feel hurt.

The mastermind of the 2001 Parliament attack, Afzal Guru, was sentenced to death by courts, but it hurts when his death is mourned inside our country….when strikes are called in Kashmir to mourn his death, when tributes are paid to him in JNU….that is when we feel bad.”

As the soldier has spoken in Hindi & that too against traitors, his words will likely be dismissed as rabble rousing & hate-mongering by our intelligentsia. Some of them are already calling for the soldier’s head –

Is this man a serving soldier? If so such politicisation is highly dangerous. Let him leave the forces and uniform, thenbecome a politician https://t.co/dSBTk8B2vi

Is it ‘dangerous politicisation’ if someone from the Army criticizes those who mourn and defend convicted terrorists? Isn’t mocking and dismissing Army’s claims over the surgical strike , as done by AAP & Congress, the real dangerous politicisation? If tomorrow, war breaks out and soldiers say that they stand behind the PM, will those soldiers be scolded for acting like ‘Modi bhakts’ by Salil Tripathi and gang?

Common sense dictates that the Army, which is constitutionally sworn to protect the territorial integrity of the country and defend it against external and internal threats, will criticize those who support the elements against which it is fighting. At which point did such a stand become political partisanship? Why is it that left-liberals today equate those advocating a strong, united, safe Bharat with Modi/BJP supporters?