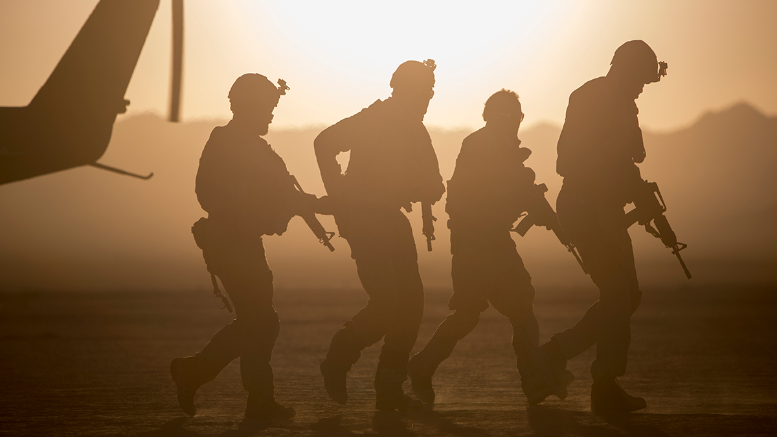 A democratic nation has two binding factors that sustain its integrity — equality amongst citizens on the vital empowerment for electing the rulers who would exercise the sovereign function of governance and a shared value about the past and the future that gets them to work for preserving the sanctity of the country’s territorial integrity.

A large country like India with its rich diversity and a growing influence in the comity of nations must constantly endeavour to keep its people united against fissiparous tendencies induced by anti-national elements within and hostile forces outside. Democracy offers religious and socio-cultural freedoms, subject of course to the laid down rules including a penal code that would define their public limitations but prescribes a common political umbrella for the state created by the constitutional arrangement of an electoral process run transparently on the principle of ‘one man one vote’ without discrimination of caste, creed or gender.

The Indian republic prescribed universal franchise at one go — many advanced democracies of the West achieved that in stages — and legally prohibited electoral appeals made at the cost of caste, communal and regional harmony. That our political parties did not always play by the book is another story but it cannot be denied that a ruling dispensation that called for ‘development for all’ and ‘equal protection of law’ for all citizens, basically fulfilled the demands of a secular democracy. This is why the Constitution of India as enacted originally did not have to put the label of secularism on it.

While all patriotic Indians want to see that India was not weakened by the internal divides of community and region, we are passing through times where national security is threatened not so much by a visible external attack as by ‘invisible’ offensives of our adversaries designed to cause internal destabilisation and conflicts.

Post-Cold War the world has witnessed an era of ‘proxy wars’ run through infiltrated terrorists, identity-based insurgencies and border conflicts and beefed up by use of information as an instrument of combat. The IT revolution proved a boon for economic progress and development but it also provided a tool for modularisation of proxy war.

An increasing reliance on cyber space for inflicting damage on the opponent is the order of the day. Further, domestic political contradictions are known to be receiving the attention of external forces planning to influence the political destiny of a nation — the case of British consulting firm Cambridge Analytica in the 2010s collecting personal data belonging to millions of Facebook users without their consent and using it for political advertising, is an early illustration of this new trend affecting national security.

There is need for all Indians to be reasonably abreast of all that impinged on security — this will have the effect of focusing their attention also on the Fundamental Duties recommended by our Constitution and deepening their sense of commitment to national security.

National security is above politics and does not come in the way of citizens making full demand on the ruling dispensation for economic betterment and human welfare. However, there has to be a deeper recognition of the citizen’s contribution to making the nation secure and a greater awareness of the reality that development can happen only in a secure environ.

Interestingly, a strategic shift in the concept of security, now fully accepted, was first voiced by Warren Christopher, President Bill Clinton’s Secretary of State, who famously said in 1993 that ‘national security was inseparable from economic security’. Economic growth buys security creating the new equation between security and development. But this also explains why damaging the economic assets of a target country is now part of the new ‘war methodology’.

A term like Cyber Pearl Harbour unsurprisingly has figured in the new language of the ‘asymmetric warfare’. Enlightened citizens need to have an understanding of the emerging non-conventional dimensions of security facing their country.

There is a case for carrying security education to our youth in the higher stages of studies. Some states of India, including Punjab and Rajasthan, had established departments in universities specially attuned to the subjects of national security and strategic affairs.

Prime Minister Modi has given equal attention to national security and economic development and it is a matter of great satisfaction that the Modi government has through an act of Parliament established the Rashtriya Raksha University (RRU), the first national university devoted to defence and national security studies. RRU is an institution of national importance under the Ministry of Home Affairs functioning from Gandhinagar in Gujarat.

It is a pioneering national security and police university of India committed to identifying and sustaining national, strategic and security culture, promoting innovation, research and education and helping with the training of cadres from the security, military and civilian society in the strategic areas of defence and security. RRU should be organising collaborative programmes on general studies with other universities to reach out to youth for spreading security awareness amongst them. This will be a true national service meant to build the new India of patriotic citizens through apolitical means.

There is sound logic behind why all young adults need to be exposed meaningfully, through discussions, to an understanding of India’s strategic environ, national security and factors that affected internal stability and integrity of the nation. Firstly, in the Age of Information being well-informed is the key to success in any field. Completeness of knowledge is vital for a failsafe decision making.

Awareness of risks in the environ in any situation is as important as the visualisation of opportunities — this is part of this completeness. Secondly, any threats to internal security including an unsatisfactory law and order translate into a risk for the individual citizen as well. Terrorism, drug trafficking and the new trend of social media being used as a weapon of combat by an adversary are the prime illustrations of what all citizens should know about in some depth, in order to safeguard themselves and also contribute to the security of the country.

And lastly, all those working across various wings of the government must similarly know about India’s national security scenario and the current policy responses that are in play to deal with it. They would then be better placed to undertake their responsibilities that would have been impacted directly or indirectly by the national security issues of the day. In short, national security orientation of all citizens is an aid to the process of strengthening nationalism and working for consolidation of India’s inner strength.

Under a democratic state the citizen lives in three dimensions — personal, social and political. Freedom of religion and worship, choice of avocation and food preferences all fall in the personal domain — the exercise of this freedom is not regulated by the state but is bounded by the social code in the sense that it is not supposed to cause affront or inconvenience to another citizen.

The all-important social dimension tests the ability of a person to handle interaction with another fellow citizen — this accrues from culture of which religion is a major determinant. Religion is supposed to teach harmony and not promote conflict — if it breeds exclusivism and an attitude of superiority over others, it would be problematic for the state in terms of becoming a source of internal instability.

A faith-based identity can change what was essentially a social group into a political community if it is used by politicians for electoral appeal.

In India, the same has happened with caste and regional identities, which are at best cultural instruments, with the result that the nation has become internally divided and conflict prone. Parties who gain political power on caste and communal foundations would not be able to provide the security and development to all citizens thereby negating the essence of democracy.

To get out of this quagmire the people should vote for a leadership that stands for integrity, uniform approach to matters of economic development and security and strong governance. Prime Minister Modi’s rise to power in 2014 and return with a bigger majority in 2019 was largely because of the voters rising above caste and regional barriers and exercising a political choice to give power to a leadership that would measure up to this expectation. The opposition, though dwindled, is not prepared to shed community-based politics.

It is raising a narrative of majoritarianism and autocracy to deprecate the Modi government instead of taking the latter on in policy matters. Indian voters are, however, politically mature enough to see that what was personal and cultural should not be allowed to impede the common political obligation of all citizens to install a truly national government — thus providing a common political umbrella to all citizens of India.