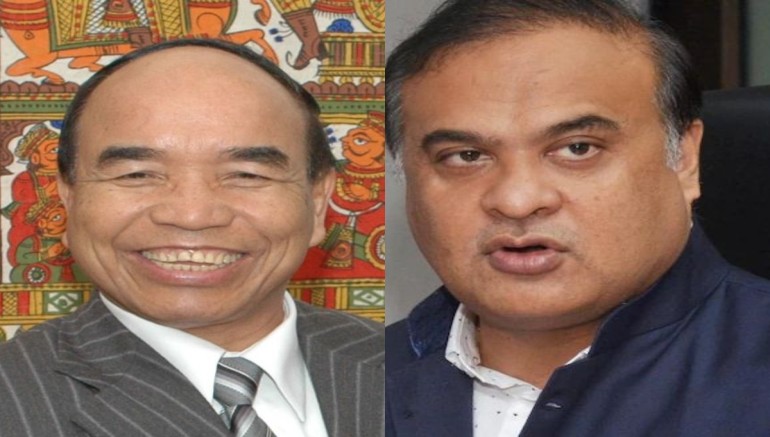 Mizoram has registered a case against Assam Chief Minister Himanta Biswa Sarma and six other officials, including an IG, DIG and Deputy Commissioner, in Vairengte police station on the border violence issue.

The Assam Police has also issued summons to Mizoram’s Rajya Sabha member and six state officials, including a Deputy Commissioner and a Superintendent of Police, for their alleged role in Monday’s border violence, which left six of its personnel dead and over 100 people from both states injured, officials said on Friday.

Officials in Guwahati said that an eight-member police team, also comprising CID officials, went to Delhi on Thursday to serve the police summons to Mizoram’s Rajya Sabha member K. Vanlalvena. But they could not find him at his residence and Mizoram Bhavan in Delhi and pasted the summons on the doors in both the places.

Assam Police’s Special Director General G.P. Singh said that a case has been registered at the Dholai police station in the killing of six Assam Police personnel, under various provisions of Indian Penal Code, and the Arms Act besides Prevention of Damage to Public Property Act.

In another development, 15 MLAs of Assam’s Barak Valley, cutting across all political parties, have decided to move court against the Superintendent of Police of Mizoram’s Kolasib District for his “barbaric act that led to the death of six Assam police men and scores of people injured”. The meeting of the MLAs was chaired by Assam’s Urban Development Minister Ashol Singhal.

In Guwahati, Sarma, responding to the letters of various Mizoram organisations accusing him of an “aggressive role” on the border issue, told the media that he would sacrifice his life, if necessary, to protect Assam’s land and territory.