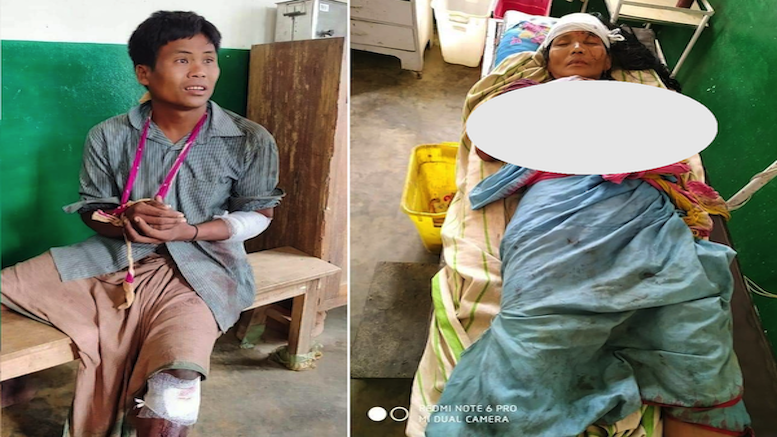 Though Assam, just like the whole world, is reeling under the threat of the global pandemic, and facing severe floods this monsoon season which have claimed 68 lives and displaced lakhs, one threat remains perennial through the year. It is the threat of the Jihadis and Islamists, especially in the Barak valley of southern Assam. And it is no coincidence that this same region has seen massive illegal immigration of Bangladeshi Muslims, with the collaboration of Islamist parties like AIUDF and the ‘secular’ Congress.

Violent Islamists have been looting Hindu homes, forcefully occupying land, sexually assaulting Hindu women, stealing cows, and battering Hindus whether they protest or not. Life in Cachar, Karimganj, and Hailakandi districts has become a living nightmare for Hindus, and the situation has not eased one bit during the nationwide lockdown.

Some of these incidents make it to local & regional media, but none are covered by the ‘national’ Lutyens’ media leaving Hindus in the rest of Bharat largely unaware of such going-ons. A local blog ‘Pritom Hindu‘ has recorded several such attacks on Hindus which occurred recently. Below is a translated version of the same:

On April 7th, Subhash Tripura and his wife were attacked by weapon brandishing Muslim youth when they were working in their fields. They are residents of Maragaon Punji in Dinanathpur, Katlichhara, Hailakandi.

On May 14th, Shri Chamchandra Das was attacked by Zahir Chowdhury in the 7th ward of Paikan Matijuri in Hailakandi district. He also tried to molest Das’ wife and daughter after threatening to burn down his house.

On May 26th, Gita Rabidas and her son Umesh Rabidas were brutally battered by Tapujal Lashkar in Kanchanpur Fari Bagan, ​​Algapur assembly constituency in Hailakandi district. They also tried to molest the widow, Gita Rabidas.

Jihadists have attempted occupying Hindu lands in Saraspur Bagan in the district of Hailakandi district. It was due to the intervention of Bajrang Dal activists that their malicious intent couldn’t be fulfilled. But they were successful in vandalizing many Hindu shops in the district.

Love Jihadis have been eyeing Hindu girls, in this area. On June 6th, locals cornered a Muslim man, Kaimal, who had assumed the identity of a Hindu man by the name of Karan De, to initiate a romantic relationship with a young Hindu woman.  A Hindu girl belonging to the Riang tribe was recently converted to Islam.

Islamists trying to seize land, houses and other properties of Hindus has become a regular occurrence in the district. 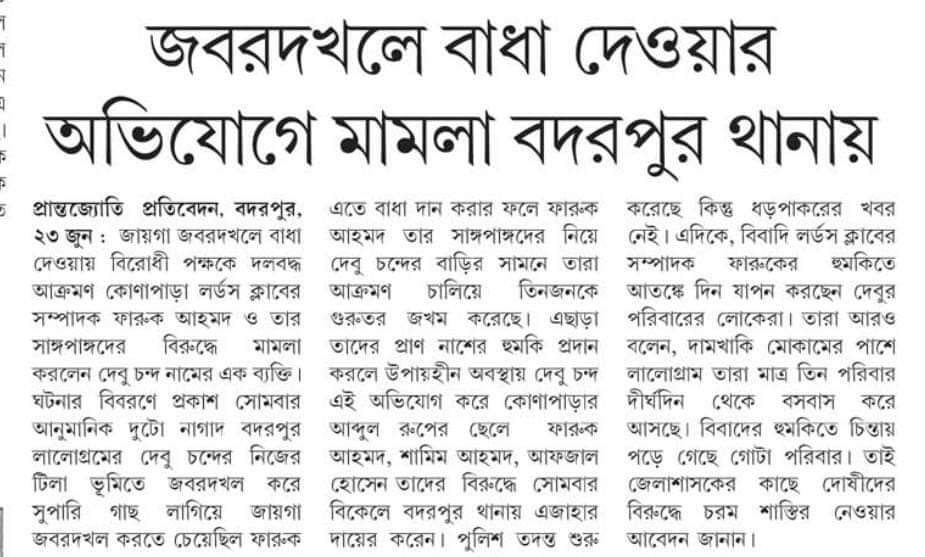 A similar incident happened on May 13th, in Aolabari Bagan. Though Sarathi Nath filed an FIR with the local police station, Razak Ali attacked him at his own house, battering him and his wife and left after plundering the house. In another similar incident, Abbasuddin, Enamuddin, and Alfazuddin tried to illegally grab the land of Pinak Das of Kuchiargul village in Badarpur. In Karimganj Salepur, one Zakir Hussain tried to illegally occupy Rani Nath’s land.

On June 2nd, Dulaluddin attacked Raju Chhetri while trying to steal from his house in Bhanga. When the women in his house rushed to rescue Raju Chhetri, the thief attacked them too.

Cow theft is also becoming rampant in the area; one Nizamuddin stole farmer Champak Dutta’s cows from his house in Medha village of Nilambazar and sold them. 15 cows have been reported stolen from various Hindu houses in the district so far. Around four cases of love jihad have also come to the fore during the lockdown.

A 15-year-old Hindu girl was raped by Lailapur resident Samiluddin. Back in May, incidents of cows being killed in front of a temple at Dumurghat in Udarband had created tension in the area. In another case of Love Jihad, Rahman was caught while trying to traffick a 17-year-old Hindu girl from Silchar to Malaysia. In Laxmipur, a man named Mohammad Ajmal first married a Hindu girl and then allegedly inflicted torture on her. 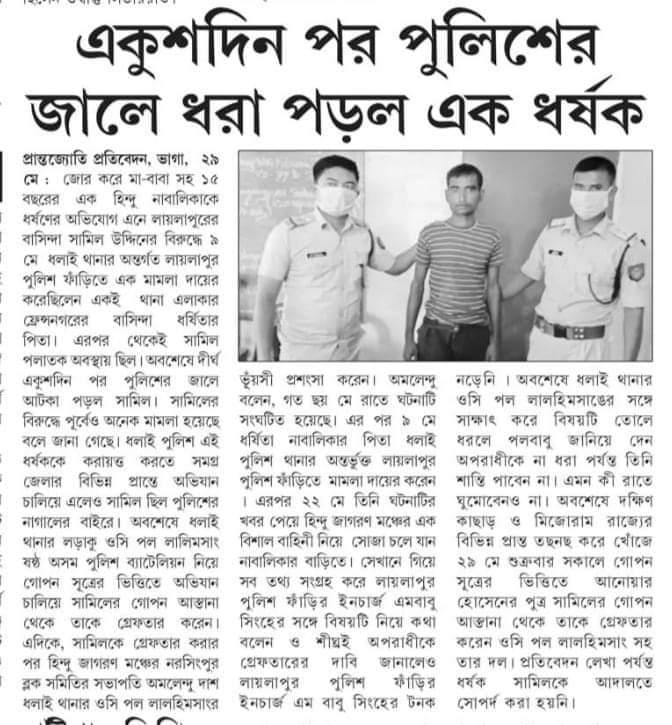 Islamists have manhandled an elderly man Chandighat Bagan in Udarband and threatened to feed him beef. Muslim neighbors of a 75-year-old Hindu woman forcefully entered her house, beat her up, and looted all her valuables in Silchar. In Silchar again, jihadists have robbed Hindu homes at Link Road.

Despite being a BJP-ruled state, Assam is seeing Hindus of the state being victimized by the Islamists. The only logical explanation is: no government can save the Hindus if the demography of a region starts to change and the equation of minority vs majority reverses.