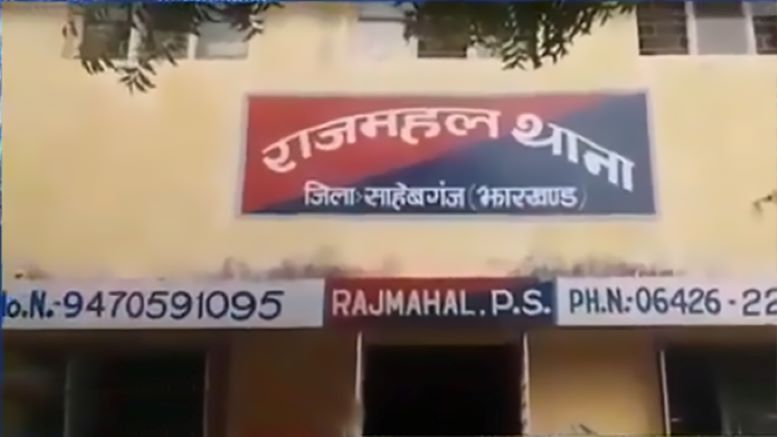 In a horrific incident a lonely minor girl was kidnapped and gang-raped by a Muslim army constable and his three accomplices in Jharkhand’s Rajmahal town. The incident took place at around 4 PM on Monday off National Highway (NH) – 80 in Naugachchi-Nawabdori area which falls under the limits of the Rajmahal Police Station in Sahebganj District.

The 13 year old victim had gone to an orchard nearby to pick up fallen mangoes while her parents, who are daily wage labourers, were away at work. Shahnawaz, working as a constable at the Baghdora army based hospital, his cousin and two other accomplices were loitering around the orchard when they spotted the girl, accosted and kidnapped her and threatened to slit her throat if she made any noise while gagging her mouth with a cloth. They then dragged their hapless victim behind the bamboo bushes and took turns to violate her. The accused fled from the crime scene after the incident. The girl narrated the entire ordeal to her parents when they returned home at night. Shahnawaz and his cousin are known to the victim’s family. The villagers were also angered at this incident.

Seeking justice for his daughter, the victim’s father and angry villagers at NH-80 and blockaded the Rajmahal-Mangalghat road on Tuesday demanding action against the accused. They crowd even set things afire accusing the police of not taking concrete steps to arrest the accused. Police teams reached the spot in a bid to cool the tempers and asked people to clear the blockade assuring them of strict action against the accused. The villagers, however, refused to budge and when the situation kept escalating sub-divisional officer Karna Satyarthi tried to pacify the crowd.

When things started turning violent Deputy Commissioner (DC) Varun Ranjan and Superintendent of Police (SP) Anuranjan Kispotta reached the spot and appealed to the villagers to maintain calm and assured them that the culprits would be arrested at the earliest. SP Kispotta then sent sub-inspector (SI) Sushma Kumari to record the victim’s statement. Based on the girl’s statement an FIR was filed against Shahnawaz Sheikh (son of Tahir Miya), Edgar Sheikh (son of Naeem Khan) and  Ekramul Sheikh (son of Islam Sheikh) and the fourth absconding accused.

As per the statement given by SP Kispotta to OpIndia FIR has been lodged against three accused of whom one (who claims to be a minor) has been detained. The police will conduct medical tests to ascertain his age. In the meanwhile, of the three absconding accused police has raided Shahnawaz’s house and taken his bike into custody. Kispotta was confident of arresting all the absconding accused and bringing them to justice at the earliest.

It is important to mention here that the demography of this communally sensitive town has changed significantly with a disproportionate increase in Muslim population due to large scale illegal Bangladeshi migrant influx. Rajmahal based social activist Bhudeo Kumar stated that Shahnawaz and his family has been involved in such crimes earlier too when they hushed things up using their muscle and money power even before the case went to the police station. He is of the opinion that massive demographic changes along with the silence of the victims in the past has led to normalisation of crime in the society and people tend to ignore them until they are personally affected.

Mohd Amrish & his accomplice accused of raping his granddaughter: Delhi