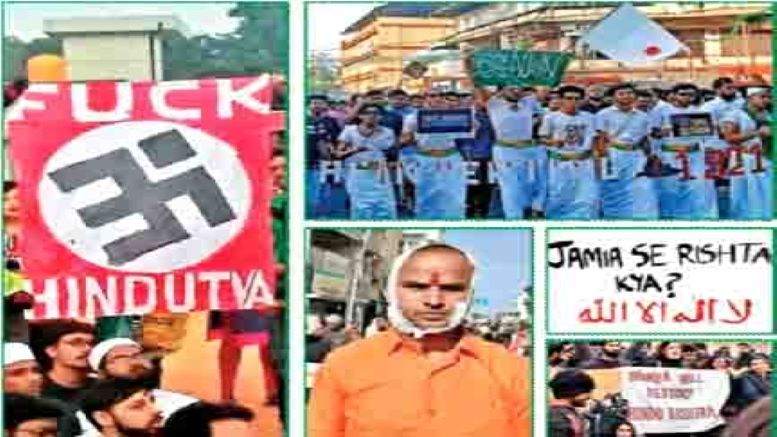 With each passing day it is becoming amply clear that anti-CAA protests are nothing but a new form of jihad being propagated by radical Islamists and #BreakingIndia forces including activists, NGOs, politicians etc. The CAA is just being used as a prop to propagate lies and spread violence throughout the country under its garb.

Although the protests are burning entire Bharat, its effects are most visible in West Bengal, Kerala and Tamil Nadu (TN). Following rise of Islamist outfits like PFI, Muslim radicalisation in Kerala and neighbouring TN has gone through the roof. Now news of a TN government transport corporation employee, who also happens to be an AIADMK (All India Anna Dravida Kazhagam) member, being thrashed by Muslim anti-CAA protestors in Madurai has come to light.

Muslims were protesting on the Madurai-Dindugal-Kanyakumari National Highway by forming a human chain for two kilometres from Chokkalinga Nagar to Ponveli when transport corporation employee Rajangam passed by on his two wheeler. Seeing the ongoing protests he began chanting ‘Bharat Mata ki Jai’ (Hail Bharat Mata) and was attacked by around 50 protestors who hit him with the boards that they were holding. He fell off his vehicle and was chased by the protestors even though police tried to intervene and save him.

Somehow the police succeeded in taking him away to SS colony police station in their vehicle where he is being questioned about the incident. The pillion rider who was with Rajangam managed to escape but Rajangam was caught and beaten by the protestors as a result of which he has received head injuries. Besides his shirt has also been torn and his vehicle damaged by the jihadi goons.

Enough damage has been caused in the name of anti-CAA protests right from Shaheen Bagh to Madurai. It is time that the government steps in and puts an end to all the protests that are being used to fuel anti-Bharat sentiments and burn the country unnecessarily. CAA is a smokescreen for a sinister motive and this cannot be allowed to continue. This is no anti-CAA protest but just anti-Hindu protest using CAA as a mask.