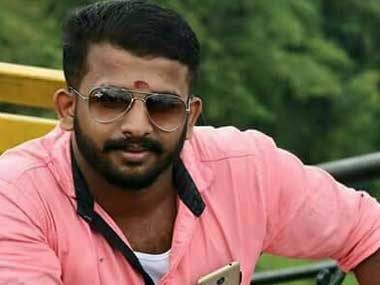 Four SDPI activists have been arrested by police in Kannur in connection with the murder of #ABVP activist Shyam. #Kerala As per a report in FirstPost –

“Prasad, an ITI student, was going to his house at Koothuparamba on his motorcycle when the unidentified gang came in a car and attacked him at Kommeri around 5.30 pm, the police said.”

The student tried to flee but the gang chased and hacked him with machetes, seriously injuring him. Though locals rushed him to the government hospital at Koothuparamba, he died on the way, the police said.”

According to The Times of India, police sources said that the four were arrested in Wayanad, after they fled there following the murder.

The BJP called for a hartal on Saturday to protest the murder. BJP Kerala twitter handle said Shyamprasad (24) held the post of Kannavam Vidyarthi Shakha Mukhya Shikshak, ABVP, and was a Kakkayangad Govt. ITI (Kannur) student. Shyam was chopped down several times at the verandah of a nearby house, where he ran for shelter, and breathed his last on the way to the hospital.

Shyam is the 19th Hindu activist to be killed in Kerala since May 2016 when the CPM Government under Pinarayi Vijayan came to power.

How many more families will be made orphaned by the time this #JungleRajInKerala will finish ? pic.twitter.com/BoKgd4KUwD