AAP and the Art of Advertisements Disguised as News 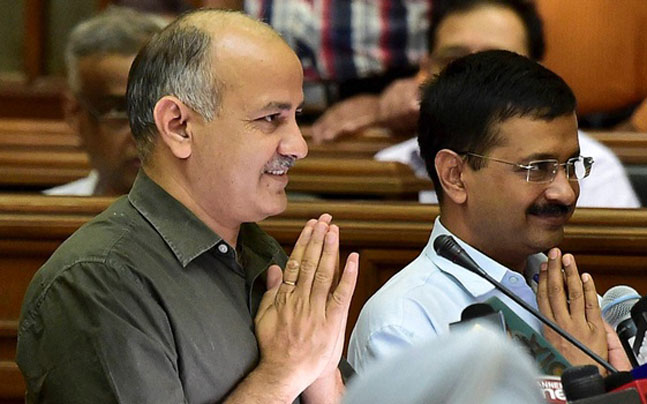 The murky world of Bharat’s ‘secular’ politics & mainstream media never ceases to surprise – just when you think they have hit rock bottom, they manage to sink further! Over the last decade we have got used to full page ads replacing the traditional front page of daily newspapers, content being dumbed down for easy consumption of the urban yuppie, and lines between editorial and marketing departments getting totally blurred. We even got used to advertorials – an advertisement in the form of editorial content – making their appearance in supplements like city news, education, jobs etc.

But in what must be a first – the AAP Government in Delhi has started inserting advertisements disguised as news in the main newspaper itself! This “fake news” features content that looks like a typical news story, but in reality, is literally just content written by the Delhi Government Public Relations department praising, from different angles, whatever policy decision AAP wants to highlight. This is a new low for our media & politics – “Newspapers printing full page, several pages, sponsored content with same typeface, format, font size as regular news – conning readers.”

On 1 May, this is what appeared in different city editions of the ‘largest selling English daily’ in Bharat –

Many readers might easily mistake this advertisement for real news (is Press Council of India listening?). The text on the top right corner says “Consumer Connect Initiative”. So is this an initiative by TOI to connect with its readers, or the AAP Government trying to connect with its ‘consumers’ (otherwise known as voters)? The only give away (for the perceptive reader) is the blatant plugging of current AAP talking points – 1.) Private non-minority schools are out to fleece parents and should be taken over by the Government, 2.) App-based taxis are out to fleece consumers and fail the AAP government’s pet Odd-Even scheme. There is an extremely strong case to counter AAP’s populist stands on these two issues, but that is beyond the scope of this article & should be addressed separately.

Imagine the Government of Mizoram advertising some mundane policy decision like state school fees regulation in a newspaper’s Jaipur edition. Or Tamil Nadu Government planting ads about some traffic/pollution management scheme introduced in Chennai, in various newspaper edititions across Bharat. Sounds incredible, right? After all, why waster local taxpayer’s money (all Government ad programs are run using the tax money collected from citizens) in tom-tomming a prematurely claimed local governance ‘achievement’ to unaffected citizens sitting in another part of the country? Please note: its costs extra money to place an ad in different city editions of a national newspaper. Especially when you are running a first term Government that is just 1 year old, and which has endured more twists and turns than a saas-bahu sopa opera? Lets take a quick look at the various cities where the AAP Delhi Government is targeting it ads/paid content –

Usual tricks of AAP advertising. They had done same on radio shows. https://t.co/7QjNmoRaM6

What explains this naked desperation to stay in the news 24×7? Yes, good PR (Public Relations) is important, but every good PR professional will tell you that the base of a good PR campaign is a solid body of work with verifiable results. Those living in Delhi or NCR (National Capital Region including Delhi, Noida, Gurgaon, Faridabad etc), such as this writer, will tell you that even the insanely hyped ‘Odd-Even scheme’ has had mixed results, and is very much a work in progress. One gets the distinct impression that AAP is a party obsessed with optics – the bulk of AAP’s energy is invested in the front end work of perception management, with the back-end work of thoughtful planning and diligent execution being more of an after-thought. Whatever happened to the idea of ‘let your work speak for itself’?