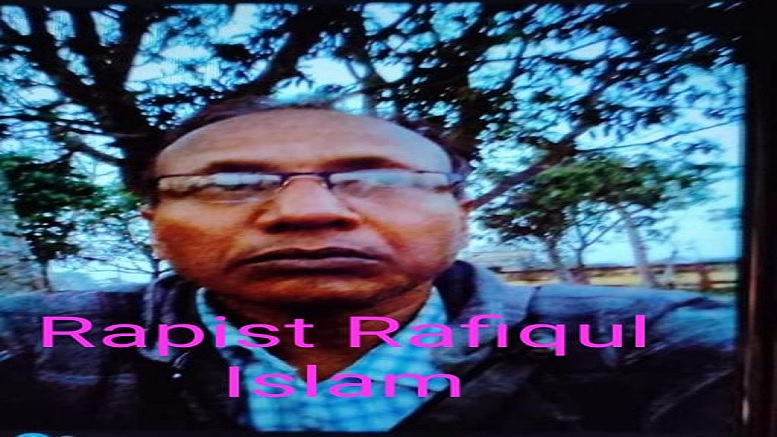 A minor girl (9) has been allegedly raped by a 60-year-old school teacher Rafiqul Islam in Malda, West Bengal, as per human rights activist Devdutta Maji.

The crime occurred on 5 June. The parents of the little girl don’t have much hope from local police, which is known to drag its feet in crimes where accused belong to the minority community. Shri Maji’s organisation SinghaBahini is supporting the victim’s family, who belong to a Scheduled Caste community, in their fight for justice.

Hindus who supported BJP in the just concluded assembly elections are already reeling under a state-sponsored pogrom that has left 27 dead, dozens gang-raped (most for which no FIR was lodged), and thousands rendered homeless. WB Police has been an active collaborator in the violence, as has become clear from the testimony of affected families.

In such an environment, criminals like the accused in this case would only be further emboldened.

The forgotten professor whose hand was chopped off – attacked by Islamists, betrayed by his own Church