In a shocking incident of extreme animal cruelty and illegal cow trafficking likely for slaughter, police caught two trucks in Loni, Amravati District in Maharshtra 2 days back.  While the main truck’s driver and accomplice were able to escape, the second truck’s driver told that the trucks with 40 cows cruelly stuffed in each, were headed to Aurangabad and Hyderabad.

In a shocking revelation, the local VHP leaders said that the police were able to catch the trucks because a massive stink was emanating from them, which lead to suspicion. When the trucks were stopped, it was found that 70 out of total 80 cows had died. The trucks were coming from Madhya Pradesh but were caught only in Loni. The police checking on various inter-state borders seems to be lax.

Limbs of the cows and their mouths were horribly tied and they were cramped in the trucks. Local veterinary doctors were called and  upon checking, it was found that the cows died due to suffocation. The doctors said that this kind of transportation amounts to severe torture on cattle. 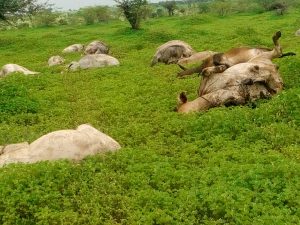 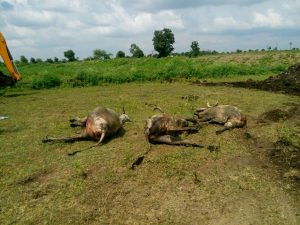 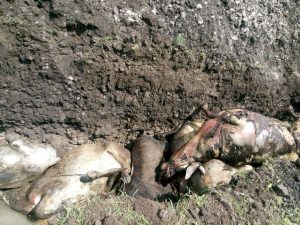 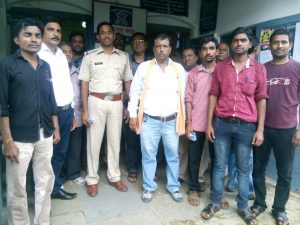 Why is such cattle transport illegal?

The Maharashtra Animal Preservation Act, 1976 governs the slaughter of cattle in the state. Slaughter of cows, bulls and bullocks & their transport for the purpose of slaughter is not allowed in Maharashtra. Anyone violating the law can be punished with imprisonment up to 5 years and/or fine of upto ₹10,000. The crime is treated as a cognizable & non-bailable offence.

Further the The Transport of Animals Rules,1978 states that trucks shall not carry more than six cattle, and that during transportation animals should be protected from weather, sufficient food and water must be provided to them, and padding (straw etc) should be placed on the floor. The Prevention of Cruelty to Animals Act, 1960 also outlaws over-loading and torturing of animals.

It has been 2 days and there is no news of this incident in English mainstream media. The unfortunate death of Shaktimaan the horse was covered endlessly by our media because it offered them a chance to attack BJP, but the horrific torturous death of 70 cows at hands of illegal traffickers is suppressed because it doesn’t gel with the ‘cow vigilantes are criminals/terrorists’ narrative that secular-liberal media is trying to build up, and which unfortunately even our PM has lent credibility to.

A simple google search on the not so old case of Shaktimaan opens pages and pages of news reports and hundreds of pictures. 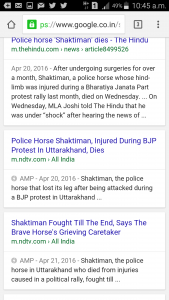 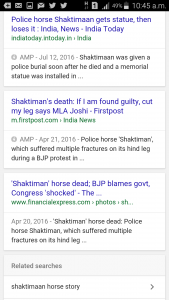 Just about a month back in July, a truck driver carrying cows illegally, had rammed into various vehicles killing at least 3 people and injuring many, in Amravati district. Even such a serious incident where people were killed by a criminal truck driver did not find a mention in mainstream English news.

In another news from Amravati district in Maharashtra, just yesterday police caught a mini truck stuffed with 10 bulls. As per rules, a mini truck can carry only 1 bull / adult cattle. The driver and accomplices caught belong to the ‘secular’ community.

While heavily funded FCRA NGOs like PETA do not take a direct confrontation with cow transporting mafias, they are quite active in filing PILs over festivals and rituals of the Hindu community like Jalikattu.

The differing attitude of liberal and secular people in dealing with animal cruelty is extremely strange and reeks of selective propaganda. That cow trafficking is so rampant and cruelty inflicted upon them is so routine, gets reflected only in news posted by hindi and vernacular media. It seems that politicians, judiciary and police lack the conviction to tackle this menace of illegal cow transportation which seems to be leading to extreme cruelty, slaughter or cross border smuggling. The genuine and humble issue of cow protection remains communal!

(We thank Karan Sharma for speaking to us and providing details).