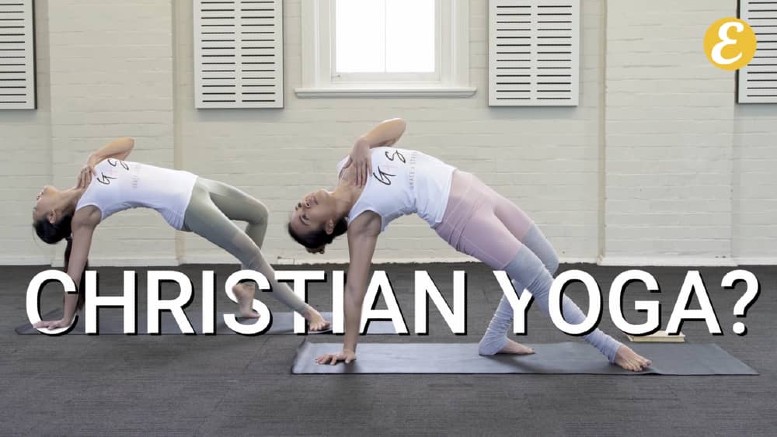 As if the Breaking India forces’ attempts to appropriate Bharatiya culture and scriptural knowledge isn’t enough, even those who are supposedly against them are also treading the same line. On those lines the Fit Bharat movement’s twitter handle tweeting yoga asanas with westernised names has caused widespread outrage.

The Fit Bharat initiative was founded by BJP member and twitter celebrity Major Surendra Poonia. Major Poonia is vociferous against anti-Bharat forces and expresses the same through his social media accounts and TV appearances. He even tweeted about the parliament standing committee on education welcoming inputs regarding “Reforms in the Content and Design of School Textbooks”. He said in his tweet that “we have a chance to correct the lies and wrongs written in our history books about the heroes, cultural and historical facts of India”

However, his own initiative doesn’t seem to agree with him. His Fit Bharat movement’s twitter handle shared an image of ‘stretches after exercise’ which had a number of yoga asanas in them. But instead of mentioning the asanas’ names as it is, westernised names like Puppy pose, Candle pose, etc were used. As they couldn’t come up with anything English for Malasana and Savasana their original names were used. It is pertinent to note here that abrahamics, especially new age evangelists have found a way to appropriate yoga too, and ‘invented’ something called ‘Christian Yoga’. It is nothing but what Fit Bharat handle tweeted, asanas with English names.

This has caused widespread outrage as even a supposedly right wing person, who even thinks wrongs and lies in the textbooks should be corrected, does something like this. Twitteratis lashed out at the handle for using westernised names and expressed their anger about Bharatiyas yielding to anti-Hindu anti-Bharat forces’ cultural appropriation.

Deeply disappointed that the Government of India run handle could not even be bothered to use native labels for the asanas. Nor do I think Asana can be translated as "pose". Why
are the translation given as the name instead of being in brackets ? @narendramodi @MajorPoonia

Not impressed. Why wouldn't use Bharatiy names and models/avatars to promote Yog? You lose your culture when you translate it into other language. You make it strong when you make people learn your language to understand your culture!

Why can't you use the "Original" name of these poses ??

Dear @FitBharat do Japanese or Chinese experts change the kungfu or Shaolin terms while teaching just to suit their foreign student sensibilities? No. That's called self-respect & value. Learn some. Use the original Asana names in Sanskrit, they rn't that hard!

@MajorPoonia who is running this handle ? Why they have not mentioned Sanskrit names ? All these are copied from Yoga then why people ashame to give credit to Yoga? https://t.co/Qs0xYVjtUp