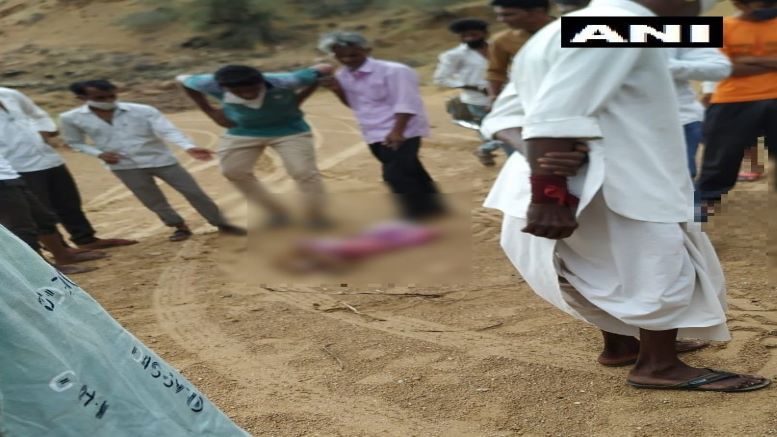 A 5 year old girl bore the brunt of rising temperatures when she accompanied her grandmother to travel to a neighboring village on foot in Rajasthan’s Jalore district.  While the grandmother was found lying unconscious next to the 5-year-old, the child lost her life due to dehydration in the incident that took place on Sunday in the Raniwara area.

The child and the old woman were found in an unconscious state by a shepherd who immediately alerted the village head. Unfortunately, by the time a police team arrived at the spot, the girl had already died due to thirst while her grandmother was saved as a result of light showers.

The woman who is a resident of Doongri village has been identified as Sukhidevi. The old lady was headed to a neighboring village where her sister resides and had taken her granddaughter along. Reports state that since the weather was cool when they set out, the woman decided to go on foot but lost her way due to the sand dunes.

Due to soaring afternoon temperatures, the duo became unconscious about 10 to 12 kilometers from their village. While Sukhidevi has been admitted to a hospital for treatment, the girl’s body has been handed over to her family members after a post-mortem.

“The government needs to be more sensitive towards what is important and get their priorities right. If they are going to spend 300+ crores to make big buildings with 5-star facilities to house only the MLAs while the population of Rajasthan is dying because of thirst, there is a lack of correct priority and direction in the government,” said Bainsla.

This throws light on how the water crisis in the state of Rajasthan still prevails even a few kilometers away from a village.