5 questions for Rajnath Singh on Kashmiriyat 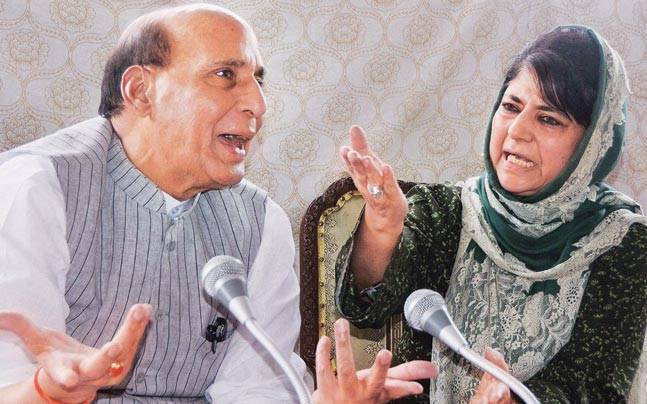 Right after his perfunctory tweet condemning the attack on Amarnath Yatris as a “cowardly act of terror” (is there any other kind?),  Home Minister Rajnath Singh praised the “spirit of Kashmiriyat” for being very much alive as he claimed the people of Kashmir had ‘strongly condemned’ the terror attack.

At least the PM shared prayers for the injured and spent some time thinking of those who lost their loved ones in the attack.

But the time for prayers and thoughts is long over – it is now time to act against the Islamist snakes living off the state in J&K, their masters across the border,and their enablers in the national capital.